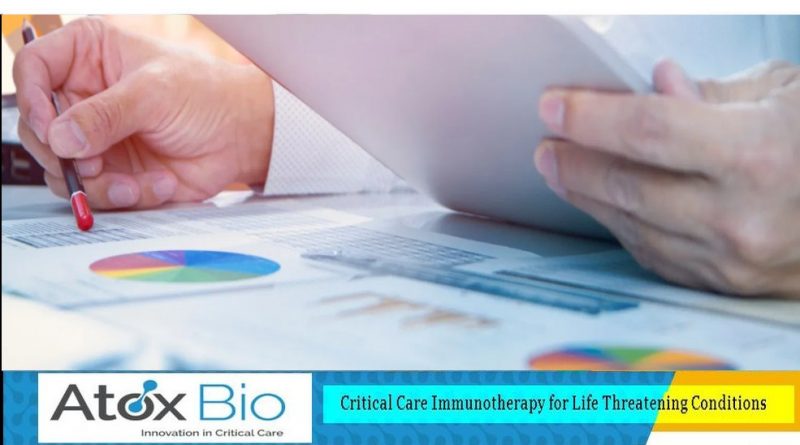 Atox Bio has achieved positive results from the randomized, double-blind, placebo-controlled Phase 3 ACCUTE (AB103 Clinical Composite endpoint StUdy in Necrotizing Soft Tissue infEctions) trial of Reltecimod for the early treatment of severe Necrotizing Soft Tissue Infection (NSTI). The data showed a significant difference in the percentage of patients administered Reltecimod who achieved resolution of organ dysfunction/failure by Day 14 vs. the percentage of patients who received placebo. Resolution of organ dysfunction by day 14 has been noted in the literature and was shown in this trial to have a beneficial effect on 90-day mortality. As this was the first pivotal study ever performed in NSTI, a necrotizing infection clinical composite endpoint (NICCE) was developed. This endpoint was designed to assess both the local and systemic components of NSTI and included the measurement of resolution of organ dysfunction/failure. While statistical significance on the primary composite endpoint was not achieved in the modified intent to treat (mITT) population, the efficacy assessment in the clinically evaluable (CE) population demonstrated a p-value=0.039. Atox Bio believes that, for the reasons detailed below, the CE population reflects the more clinically relevant and statistically appropriate patient population for evaluation of the treatment effect of reltecimod. Atox has reviewed the topline results of this trial with the US Food & Drug Administration (FDA) and, based on these discussions, plans to submit a New Drug Application (NDA) to the FDA in Q3 2020 under the Accelerated Approval Pathway with resolution of organ dysfunction being the basis for this approval pathway.

“Patients with NSTI are critically ill and could greatly benefit from a treatment option designed specifically for their condition,” said Eileen Bulger, M.D., Chief of Trauma at Harborview Medical Center, Professor of Surgery at the University of Washington, and Principal Investigator for the ACCUTE trial. “Reltecimod has the potential to significantly advance the standard of care for NSTI by addressing a major unmet medical need for these complex and challenging patients and appears to be well tolerated.”

“Successful completion of the ACCUTE trial is a major milestone for Atox Bio that reinforces our commitment to patients with NSTI. This is a potentially life-threatening condition with significant morbidity and long-term mortality that has no FDA-approved treatment.” said Dan Teleman, CEO of Atox Bio. “Reltecimod has been designed to modulate rather than completely suppress acute inflammation that can lead to a dysregulated immune response and we are actively working to bring this important new potential therapy to patients.”

Reltecimod is a rationally designed peptide that binds to the CD28 co-stimulatory receptor that modulates the host’s immune response to enhances the resolution of organ failure and other morbidities in condition associated with a severe acute inflammatory response. Reltecimod received Orphan Drug status from the FDA and EMA as well as Fast Track designation for the NSTI indication.

NSTI is a rapidly progressing condition that often result in significant tissue destruction and systemic disease leading to multiple organ failure and death. NSTI are rare, with an estimated 30,000 patients annually in the US. Currently, there are no approved treatments for NSTI. The standard of care includes prompt and repeated surgical debridement, aggressive resuscitation and physiologic support.

The Phase 3 ACCUTE (AB103 Clinical Composite endpoint StUdy in necrotizing soft Tissue infEctions) is an ongoing randomized, placebo-controlled study, that plans to enroll 290 patients with NSTI at approximately 70 centers in the US and France. Patients receive Reltecimod or placebo, administered as a single dose during or shortly after surgical debridement, in addition to standard of care treatment. The primary end point is a clinical composite that evaluates both the local and systemic components of this disease.

Acute Kidney Injury (AKI) involves inflammatory processes in the kidney which can lead to permanent reduction of kidney function and is also associated with an increased risk of death, extended hospitalization, and increased medical cost. There are currently no approved therapies to treat AKI and the only treatment options are dialysis and supportive care.

Atox Bio is a late stage clinical company that develops immunotherapies for critically ill patients who have organ failure in conditions such as NSTI and sepsis. Atox Bio has an ongoing contract with the Biomedical Advanced Research and Development Authority (BARDA) supporting the development of Reltecimod in NSTI. Major investors in the company include SR One, OrbiMed, Lundbeckfonden Ventures, Arix Bioscience plc and Adams Street Partners. The Company was established by Prof. Raymond Kaempfer and Dr. Gila Arad from the Hebrew University of Jerusalem and Yissum. For additional information http://www.atoxbio.com/.