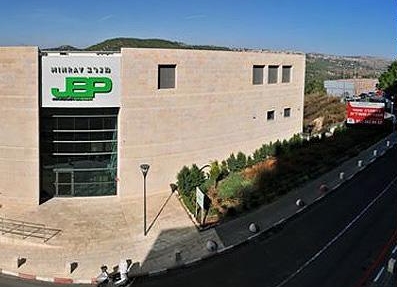 January 3, 2017 –BioTime and its majority-owned subsidiary, CellCure Neurosciences, opened a new, 800-m2 cGMP cell therapy manufacturing facility at the Jerusalem Bio Park, which is sited at the Hadassah University Hospital campus in Jerusalem. BioTime says the state-of-the-art manufacturing center, which will initially have a staff of 25 to 30, is equipped to produce a range of cell therapies for treating human degenerative diseases.

In the near future, the new facility is expected to produce OpRegen® for BioTime’s clinical trials program in dry age-related macular degeneration. “The opening of this new, innovative manufacturing center demonstrates our continued commitment and is the culmination of a multiyear effort by BioTime and its subsidiary, CellCure Neurosciences, to manufacture cell therapies in Israel on an industrial scale,” commented Adi Mohanty, Co-CEO of BioTime. “Near term, this new center will manufacture OpRegen doses to treat the patients enrolled in the clinical trial program. Longer term, this center may manufacture additional cell therapies as our products progress into clinical trials and then into commercial distribution.”

OpRegen comprises a suspension of retinal pigment epithelial (RPE) cells, generated using a proprietary process for differentiating human embryonic stem cells. Designed as an off-the-shelf, allogeneic product, OpRegen is produced using a xeno-free process that requires no animal products either for the derivation and expansion of the human embryonic stem cells or in the differentiation process for generating the RPE cells. CellCure Neurosciences is undertaking a Phase I/IIa trial with OpRegen, and in December 2016 reported that initial safety data from the first patient cohort to receive treatment was positive. Data from retinal imaging of the first patient to complete 1 year of post-clinical assessments also indicated that the OpRegen graft can survive for at least 12 months.