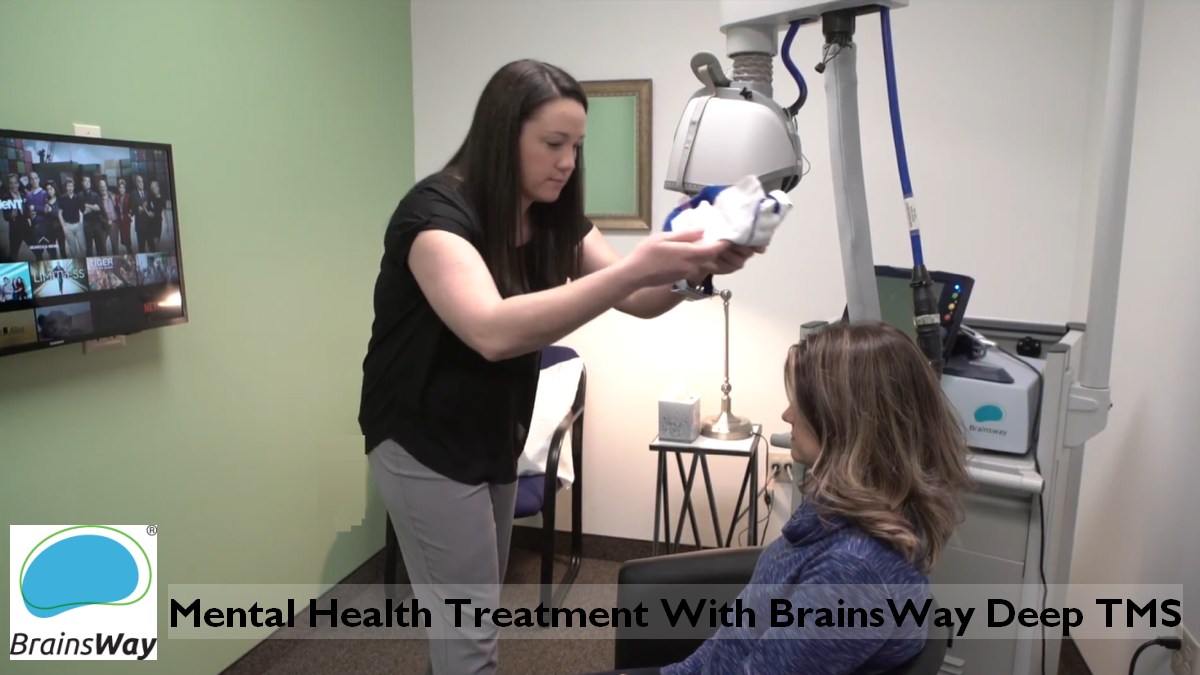 BrainsWay Ltd. (NASDAQ & TASE: BWAY) a global leader in the advanced noninvasive treatment of brain disorders, closed its previously announced underwritten public offering of 5,315,300 American Depositary Shares, each representing two ordinary shares, at an offering price of $8.50 per American Depositary Share. The gross proceeds to BrainsWay from the offering, before deducting underwriting discounts and commissions and offering expenses, were approximately $45.2 million. Oppenheimer & Co. Inc. acted as the sole book-running manager for the offering. Ladenburg Thalmann and Northland Capital Markets acted as the co-managers.
BrainsWay intends to use the net proceeds of the offering, together with its existing cash and cash equivalents, for commercial expansion and general corporate purposes, which may include working capital, research and development activities, commercialization and marketing activities, regulatory matters, capital investment and/or other related purposes.

The securities described above were offered by BrainsWay pursuant to a shelf registration statement (File No. 333-248601) filed with the Securities and Exchange Commission (the SEC) on October 16, 2020. A preliminary prospectus supplement and the accompanying prospectus relating to and describing the terms of the offering are available on the SEC’s website at http://www.sec.gov.

BrainsWay has developed a game changing approach to the treatment of patients with neurological-mental disorders. BrainsWay’s Deep TMS system uses a helmet which is placed on the patient’s head that focuses magnetic pulses to stimulate neurons in target areas and consequently modulates the physiological activity of the brain. Different helmets and protocols are designed for different disorders.

Conventional treatments of patients with hard neurological-mental disorders involved aggressive drug therapy with strong side effects and low cure rates. BrainsWay’s flagship product is their Second Line Treatment of major depressive disorder (MDD) in adults who failed to respond to anti-depressant medication and has achieved 33% significant improvements according to the HDRS-21 depression metrics and some improvement for 38%, this in patients that had not had any response to current depression treatments.

A more recent entrant to BrainsWay’s approved treatments is for obsessive-compulsive disorder (OCD) in adults, which is already 10% of BrainsWay’s sales. Last summer, BrainsWay received FDA clearance for smoking addiction cessation in adults. Other neurological-mental treatments using Deep TMS are in the regulatory pipeline. Bipolar Disorder, Post Traumatic Stress Disorder, Schizophrenia, Alzheimer, Autism, Chronic Pain, Multiple Scelorsis, and Post Stroke Rehabilitation have received the CE mark for the European markets but are still under FDA regulatory trials and therefore not available yet in the American market.

BrainsWay has three ways of selling its product; 1) direct sales 2) leasing for 3-5 years 3) payment per treatment (with a guaranteed minimum annual payment). 50% of BrainsWay’s sales is from leasing, and 40% from direct sales.

BrainsWay has enjoyed several years of strong growth. The COVID-19 global pandemic has restricted BrainsWay’s business operation during the last year. As the COVID-19 pandemic wanes, BrainsWay is expected to resume its growth especially with the corporate re-organization that has taken place.
In recent years, BrainsWay has shifted its focus on marketing. In 2019, BrainsWay established their corporate headquarters in the USA, and a team of seasoned American senior executives from the medical equipment industry. Christopher van Jako became CEO and president in 2019, followed by Christopher Boyer as Senior VP in Global Marketing and Fran Hackett as Vice President of North American Sales. Hadar Levy who was for several year the COO & CFO moved from Jerusalem to join them in BrainsWay’s new US HQ to become Senior VP and General Manager for North America.

BrainsWay Ltd, incorporated on November 7, 2006, is a commercial stage medical device company focused on the development and sale of non-invasive Deep Transcranial Magnetic Stimulation (Deep TMS) technology for the treatment of neurological and addiction disorders. BrainsWay started trading on the Israel stock exchange in 2007 followed by trading also on the NASDAQ from April 2019.

In January 2013, the first commercial Deep TMS system received clearance by the United States Food and Drug Administration (FDA) for the treatment of major depressive disorder (MDD) in adults who failed to achieve satisfactory improvement from anti-depressant medication. In August 2018, BrainsWay Ltd received clearance of marketing authorization by the FDA for the adjunct therapy for the treatment of obsessive-compulsive disorder (OCD) in adults.

In August 24, 2020 BrainsWay Ltd announced that it has received 510(k) clearance from the U.S. Food and Drug Administration (FDA) for the Company’s deep transcranial magnetic stimulation (Deep TMS) system for its use as an aid in short-term smoking cessation in adults.