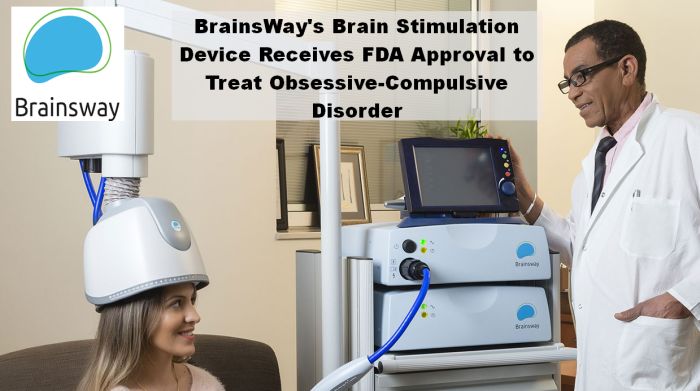 BrainsWay‘s deep transcranial magnetic stimulation (Deep TMS) system was one of only eight medical devices selected by the U.S. Food and Drug Administration (FDA) from over 250 applications to participate in the “FDA Innovation Challenge: Devices to Prevent and Treat Opioid Use Disorder,” a new program launched by the FDA to help combat the opioid crisis.

BrainsWay will work directly with the FDA to accelerate the conduct of a clinical study and expedite potential marketing application review of its Deep TMS system for the treatment of Opioid Use Disorder (OUD).

“We are extremely gratified to have been chosen by the FDA as one of a select group of companies to participate in this unique program and the only TMS product to be included in the finalist group,” said Yaacov Michlin, president and chief executive officer of BrainsWay. “We believe our inclusion in this Innovation Challenge is further validation of the significant potential for our Deep TMS system. We look forward to expediting the process by which Deep TMS can be investigated and then potentially receive approval as a treatment option for OUD patients.”

Brainsway also announced completion of the first shipment of its Deep TMS system for the treatment of OCD in adults to 20 sites in the USA.

About Opioid Use Disorder

OUD is a serious health condition that can cause significant physical, emotional, and cognitive impairment. The disorder can arise as an unintended consequence of routine medical care, abuse of prescription opioid pain medications and the use of illicit opioid drugs. OUD affects more than 2 million Americans, disproportionately impacts minority populations, and is increasing among people ages 45 to 64.

BrainsWay is engaged in the research, development and sales and marketing of a medical system for non-invasive treatment of common brain disorders. The medical system developed and manufactured by the company is based on a unique breakthrough technology called Deep TMS, which can reach significant depth and breadth of the brain and produce broad stimulation and functional modulation of targeted brain areas. In the U.S., the Company’s device has been FDA cleared for the treatment of major depressive disorder (MDD) since 2013, and is now FDA cleared (De-Novo) for the treatment of Obsessive Compulsive Disorder (OCD). The Company’s systems have also received CE clearance and are sold worldwide for the treatment of various brain disorders.