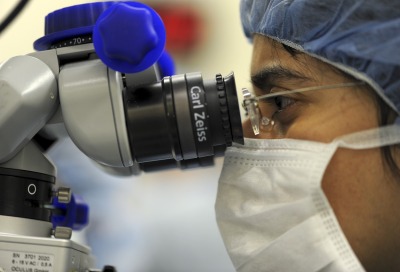 It seems that every decade, someone of significance within the healthcare world, predicts that cancer will be eliminated within the next 10 to 15 years. While oncology wards are still far too full, we have unquestionably made major advances in the treatment of cancer. Certain cancers have present-day cure rates over 90%.  Screening appears to significantly reduce the morbidity and mortality of certain cancers, such as cancers of the bowel. Unfortunately, even until today, there is a great deal of screening being done for breast and prostate cancer, which is not only excessive, but that can lead to unnecessary invasive procedures and major surgery and other treatments.

Let me already say that specifically in regards to breast and prostate cancer, believe it or not, politics have had a great effect on the interpretation of data from scores of studies. There are those who  have major quantities of data to back up opinions that are against breast cancer screening on the scale that it is being done today. Contrarily, there are a significant number of people who argue that any reduction in breast cancer screening is somehow a statement that female cancers are less significant  than those that occur in men. This is one of the reasons why it is so important to mention the most recent recommendations in regards to male-only screening for prostate cancer. As far as prostate cancer, there is solid evidence that screening causes more harm than good.

To be fair to those who are suspicious about grand recommendations from the medical community, there have been major missteps in medicine. With regards to female specific conditions, it was recognized after decades of care that postmenopausal hormone replacement was more damaging than helpful in specific subgroups of women. I can definitely understand the hesitancy of women to embrace a fundamental change in breast cancer screening, out of concern that the same type of mistake made with hormone replacement, will be recognized in the coming decades. I would be lying to say that politics and other presuppositions are never an issue even in such large-scale and critical medical recommendations. With regards to my own wife, I’ve explained the data to her and she has made a decision that she is comfortable with.

Our only hope is data and its proper analysis. What is often not recognized is that the computer age within medicine, only began within the last 25 years. Who defines this date? I just did. And there will be those who argue that computers have been a part of medicine for many more decades, and there will be some who argue that the true effect of computers on health care has only been relatively recently felt. I consider 25 years to be a compromise in terms of the various definitions. What should be clear is that  how we collect data, how much data we collect, how well we can study that data, how well we can merge data from various sources – all of these have been relatively weak until relatively recently.

Many issues in medicine that were thought to be closed, will be reopened as time goes by. As one perfect example, the advent of advanced computing has made it possible to study people with suspected appendicitis in a noninvasive manner, via US, CT & MRI. And based on research studies that would have been thought to be heresy when I was a medical student, it is now an option to consider initial antibiotic therapy with appendicitis, that could very well spare three quarters of appendicitis patients from surgery.

We are only very recently in the midst of the perfect coming together, or storm, of various technologies, that will eventually dissipate, leaving behind one or more effective and hopefully noninvasive means for diagnosing cancer in its earliest stages and then eliminating it. I want to make it clear that when I speak of diagnosing cancer in its early stages, I am speaking about a level of detection far better than presently available by screening. There are presently evaluated technologies that would constantly screen our blood for markers of a large variety of cancers. In other words, from the first cell that expresses cancer behavior, it will soon be possible to already begin cancer management.

At such an early stage, management should be far more successful because there is simply much less of the tumor around. In such a situation when can speak about the stage beyond cure,  i.e. elimination. The intent is to eliminate any cancerous behavior anywhere in the body. There are already inspiring research papers that speak of nanomachines that would chase down and destroy cancerous cells, without any effect on healthy tissue. While this is not the mechanism by which vaccines work, imagine cancer protection being provided via a single injection, perhaps for the length of the person’s life. I should take a moment and say that “regular”-type vaccines are still being worked on, against various types of cancers.

I won’t make the mistake of predicting that such medical miracles will be commonplace in the next 10 to 15 years. But with all the various different types of approaches being studied for detecting and destroying cancer, along with the constant and dizzying pace of progress in all types of pure biological and biotechnological processes, it will not be long until the term cancer is no longer associated with extreme peril.

As just one example of a cancer detecting technology that was considered mostly science fiction until recently, I refer you to the following link: “A group of Harvard and MIT students have created a lung cancer breathalyzer system”.

The device works just like a traditional breathalyzer, requiring users to blow on its sensor. A companion mobile app will turn a smartphone screen red should the device detect suspicious gases … These devices are about 10 times more accurate than CT scans, and are incredibly cheap. While CT scans cost about $800 a pop, this breathalyzer requires less than $1 to make.

Lung cancer is notoriously difficult to catch at an early stage. Treatment of lung cancer is very difficult on the patient and has a high failure rate. Turning lung cancer screening into a test that can cheaply be done in a primary care physician’s office, will generate a whole new area of research in terms of not only identifying early-stage cancers but also in regards to how best to treat them.

There are those who would see waste in the pursuit of a solution from multiple different angles. What happens when two cancer cures are developed, both are effective, yet one has some form of advantage. Does that mean that the time and resources spent on the unchosen core have been for naught?

Progress is not linear. Although its overall pattern is exponential at this point, there are still many paths that fall away into nothingness. Of 100 different approaches tried, only a few may succeed, and only one may be practical. But it is only by virtue of this mass of trial and error, that we move forward. Also, we can never predict what unexpected findings, a specific path in research will discover. A device that is developed for one purpose may be critical in a whole different area of medicine.

Unquestionably, there are tools available today that make it possible to reduce the error portion of the “trial & error”. We can run simulations rather than wait for the results of animal studies. We can compartmentalize functionality (like testing thousands of samples of a chemical against against a protein) and then share this functionality with all comers, so that everyone gets faster and cheaper results. And when we encounter error, we can quickly make adjustments and run our tests and trials again. Overall, we move forward, quickly, both because of our successes and failures.

Soon, we will arrive at the finishing line. It will never be soon enough. But it will be soon.