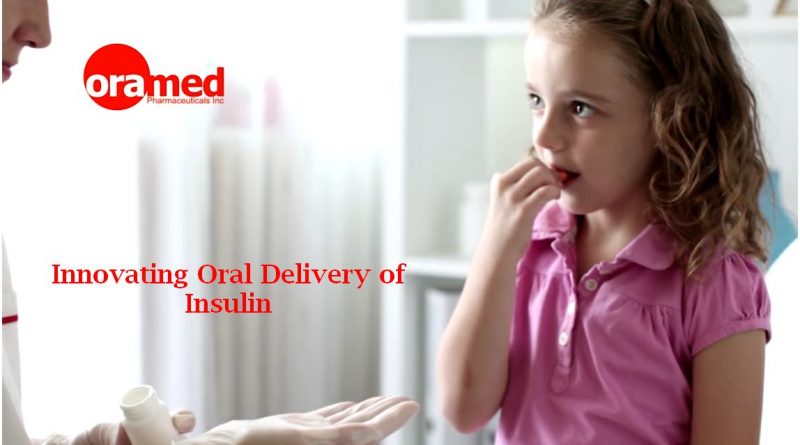 The Chinese partner of  Oramed Pharmaceuticals Inc., Hefei Tianhui Incubator of Technologies Co., Ltd,  has reached the significant regulatory milestone of approval of an investigational new drug application (“IND”) for two doses of its oral insulin (ORMD-0801).  The approval of the IND by the Center For Drug Evaluation of the China National Medical Products Administration (“NMPA”, formerly the CFDA) of the oral insulin paves the way for the start of clinical trials in China.

“We are pleased that the Chinese regulatory authorities have approved the IND, as it sets a clear path forward for approval of oral insulin in China, bringing oral insulin closer to becoming a reality in the Chinese market,” stated Oramed CEO Nadav Kidron.

Oramed Pharmaceuticals Inc., also announced that its U.S. patent for the technology “Protease Inhibitor-Containing Compositions, Compositions Comprising Same, and Methods for Producing and Using Same” has been allowed by the United States Patent and Trademark Office.

Oramed Pharmaceuticals is a platform technology pioneer in the field of oral delivery solutions for drugs currently delivered via injection. Established in 2006, Oramed‘s Protein Oral Delivery (PODTM) technology is based on over 30 years of research by scientists at Jerusalem’s Hadassah Medical Center. Oramed is seeking to revolutionize the treatment of diabetes through its proprietary flagship product, an orally ingestible insulin capsule (ORMD-0801).  The Company completed multiple Phase II clinical trials under an Investigational New Drug application with the U.S. Food and Drug Administration. In addition, Oramed is developing an oral GLP-1 analog capsule (ORMD-0901).

"...one of the best meetups organizations and very important source of information and connections for startups. ” - Tal Or

"Excellent organization (from the timing to food), the quality of the audience was superior, we personally got a lot of hot leads." - Alexander Naslednikov

There was an excellent networking atmosphere with impressive Panelists as well as high quality audience participants. I strongly recommend paying attention to future events. - Aviv Marom

The friendliest networking I have ever been to. Thanks for all the organizers for a productive and interesting evening. - Rafael Ezra

Very informative and eye-opening event. Thank you for the great hospitality. - Hemda Idel

Thank you all for the great evening, it was a pleasure to see such a good and diverse set of Biomed minded people in Jerusalem! - Zeev Malyutin

Such an interesting lecture and great people attending! - Aurélie Schwarzbach

Interesting - I could see it helping people network - a good thing! - Jonathan Miller