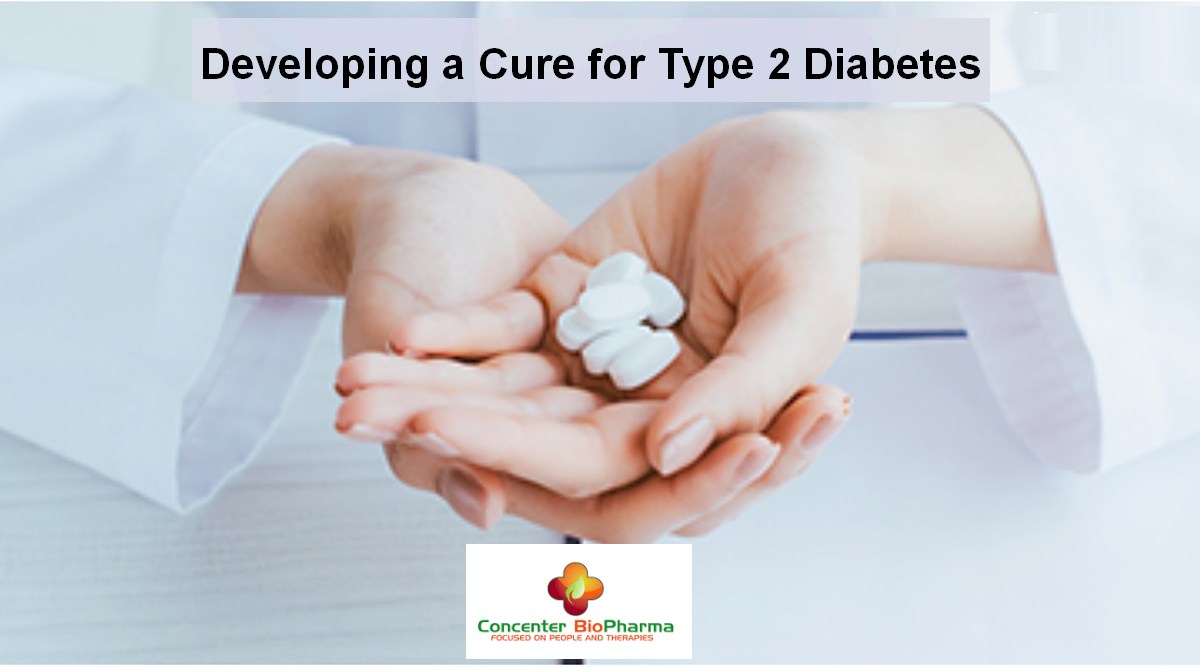 Concenter BioPharma is launching a new round of financing using PipelBiZ Crowdfunding Platform, to conduct a clinical trial here in Israel with the new oral formulation they developed! The campaign is in two phases – the Angel investor phase which began about three weeks ago and has a maximum of 1M NIS to be raised and then a “general/public” phase that has a maximum of 4M NIS (for a total of 5M), which will begin in July and last for about 2 months. The clinical trial that will be conducted after the funding will be for 20 type-2 diabetes patients using Zygosid-50 Oral dose (the new formula that was recently developed) to show the safety and efficacy of the drug. Concenter BioPharma will then file an updated IND application to the FDA based on the results found. The funding will also promote the approval of this formulation by European and US regulatory authorities as a patented prescription drug for type 2 diabetes.

For further information here is the English site- https://pipelbiz.com/investments/startup/concenter-biopharma

“Hundreds of millions of people are living with type 2 diabetes, which is a chronic disease; they take medication on an ongoing basis, while the state of their health continuously deteriorates, said Dror Chevion, CEO and Co-Founder. It is our human duty to provide them with our medication, which treats the root of the problem, to cure the mechanism causing the disease. This fundraising campaign will enable us to demonstrate both the safety and efficacy of our drug in its final administration formulation – oral dose.”

One out of three people in the world either have diabetes or are pre-diabetic. 95% of them have diabetes type 2. Type 2 Diabetes is a Global Epidemic costing $1 Trillion/Year. Over 570 Million people worldwide have diabetes. 12% of global health expenditure is spent on diabetes. In the USA – >37 Million have diabetes and an additional 96 Million have Pre-Diabetes- this equals ∼50% of the US population!, over 4,100 new patients are diagnosed DAILY! $350 Billion per year is spent on diabetes, 20% of healthcare costs go to caring for people with diabetes! In China, according to WHO), over 10% of all adults – about 110 million people – currently live with diabetes; rates of Type 2 diabetes in China have exploded in the last couple of decades; almost half of all adults in China – close to 500 million people – have prediabetes.

Zygosid-50 has been extensively demonstrated as effective in both prevention and treatment of T2 diabetes – by Restoring Insulin Resistance to Normal Levels; as well as inhibiting the appearance and the degree of hyperglycemia; lowering LDL; lowering body weight; reduction of cataract formation and diabetes-induced retinopathy! Zygosid-50 packs three synergistic and parallel Mechanisms of Action into its drug:

Zygosid-50 administration (over a 2-month period) did NOT show any adverse event and even showed a marked cardio protective effect! It has proven to be a safe and efficacious anti-diabetic drug, exerting potent multifactorial effects, including:

The FDA has accepted proof of concept (POC) for Zygosid-50, Concenter BioPharma’s new drug as an anti-Diabetes drug! FDA accepts the 505(b)(2) regulatory pathway for Zygosid-50, meaning it will have a relatively less risky process (relying on existing safety and efficacy information), shorter (requiring fewer studies), and less costly (smaller scope and number of studies). The FDA also accepts the assumption that Type2 Diabetes is an indication eligible for “Fast Track Designation”.

During the Coronavirus period, Concenter Biopharma choose to base its funding raising campaign on PipelBiz, an equity crowdfunding platform aimed at matching small businesses with investors, avoiding the necessity of bringing on multiple partners. PipelBiz enables companies to raise capital from an unlimited large number of investors without the need of a prospectus. But in strict accordance with the Israeli Securities Law and the Securities Regulations and the Directives of the Israel Securities Authority.

For any company planning a campaign on PipelBiz’s website, PipelBiz examines the candidate company as well as its controlling shareholders and its officers. The scope of this process is implemented in accordance with the company’s activities and its complexity. During the Process, parameters are examined as well as any other detail that Pipelbiz believes to be necessary, under the circumstances of the matter.

Upon the completion of the Examination Process, a decision is made whether to accept or reject the Candidate Company. Businesses that raise capital through PipelBiz enjoy the relevance and common interest of the vast number of people that invested in them and become shareholders. A fundraising campaign requires a minimum of 600K NIS to be raised and a maximum of 4 million NIS (per company, per year) and the fundraising period is at least 45 days but can be extended as described in a company’s Offering Memorandum.

Concenter BioPharma is a subsidiary of Silkim Pharma and was spun out in May 2019 to become an independent company focused on developing drugs for treating and preventing type 2 diabetes.

Concenter BioPharma is based on co-founder, Professor Mottie Chevion’s work at the Hebrew University, Hadassah Medical Center, Jerusalem.  He and his co-inventors developed a family of non-steroidal chemical complexes, made of components approved for clinical use. Concenter BioPharma licensed the right to further develop and commercialize the technology from its inventors, headed by Prof. Mottie Chevion. The IP was previously owned by Yissum and Hadasit (the TTO companies of the Hebrew University and Hadassah, respectively). Dror Chevion is the CEO, Prof. Amir Elami, M.D., the Chief Medical Officer, Dr. Itzchak Angel is Head of Discovery and R&D, and Dr. Susan Alpert, M.D., Ph.D. is responsible for regulatory affairs. The Scientific Advisory Board includes two of the global Key Opinion Leaders in the field of diabetes – Prof. Ralf DeFronzo (MD) – USA, Prof. Peter Nawroth (MD) – Germany.

Concenter Biopharma is currently raising up to $1.4 Million and has already successfully secured over $300,000 of this amount: https://pipel.biz/CBP2706

If you want your company featured in our blogs or news releases, please contact: info at jlm-biocity.org 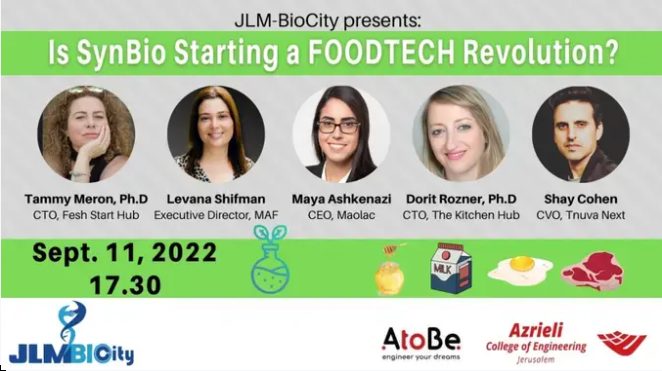 Is SynBio Starting A Foodtech Revolution?