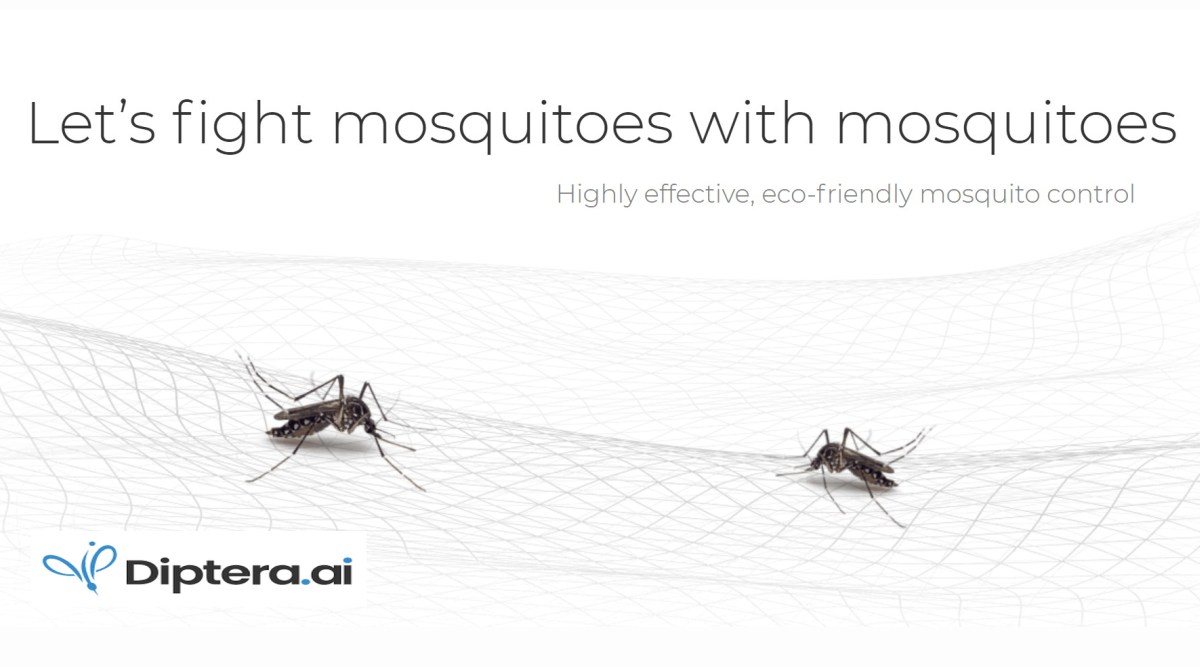 Diptera.ai, an Israeli company that is disrupting the $100 billion pest control market by democratizing sterile insect technique (SIT), has announced the close of a $3 million fundraising seed round. The round was led by Trust Ventures with participation from existing investors, Indiebio and Fresh.fund, as well as new investors who joined the round.

Through groundbreaking technology, Diptera.ai pioneers an affordable subscription service to a highly effective & eco-friendly, biological pest control method. Most pest control methods are based on insecticides that are toxic to both humans and the environment. Furthermore, despite its high effectiveness, SIT has thus far been limited to a handful of pests due to prohibitive costs in implementing it. SIT has been used in the U.S. to control the spread of the Mediterranean fruit fly, with billions a month being released into the wild. But it is expensive due to high production and distribution costs and is often limited to localized control efforts.

Diptera.ai’s technology works for a host of insects, including household and agricultural pests. The company is starting with mosquitoes, a rapidly growing problem with no effective solution to date.

Beyond the nuisance, mosquitoes are also the deadliest animal on earth, killing more than 700,000 people a year and infecting hundreds of millions more with malaria and viruses like Zika, dengue, and yellow fever. Climate change is making the problem worse. By 2050 half of the world’s population (including the U.S. and Europe) will be living in areas warm enough for disease-spreading mosquitoes.

Standard control methods are losing effectiveness. Mosquitoes are rapidly becoming resistant to existing pesticides. Moreover, public opinion and regulation, limit the use of toxic insecticides. As a result, people are increasingly finding themselves unable to enjoy the outdoors and at risk from emerging and potentially devastating diseases.

The sterile insect technique (SIT) is a very effect biological pest control method. SIT works by releasing overwhelming numbers of sterile male insects to mate with females. This suppresses the wild pest population as the females can not produce offspring. Despite its high effectiveness, SIT implementation has thus far been limited due to high production and distribution costs. Diptera.ai’s market research has shown their solution is 20 times less expensive compared to existing SIT methods.

For most insects, the bottleneck for SIT is sex separation. Currently, mosquitoes are sex-sorted late in their development when the mosquitoes are fragile and have a limited lifespan. As a result, implementing SIT requires building and maintaining a local mosquito factory near every release site. Diptera.ai combines computer-vision, deep biology, and automation to sex-sort mosquitoes (and other insects). This was previously considered impossible at the larval stage. Mosquitoes exist as larvae for a lot longer than they live as adults. If you can identify the males and females at this stage, then there is a lot more time to ship them to the right place in the country. Then the whole world could be served by a mass-production factory that churns out sterilized mosquitoes by the billions. The company’s technology eliminates the need to build a mosquito rearing and sorting facility near every release site. Instead, a municipality or district receives containers filled with larvas of sterile male mosquitoes, ready for release by existing methods (e.g. trucks, backpacks, planes, etc.). Thus, centralized mass production of sterile male mosquitoes becomes possible because the more robust larvas can be shipped to the end customers for release.

“Just like the cloud disrupted the computing industry with affordable, on-demand computing power, Diptera.ai disrupts pest control with an affordable SIT-AS-A-SERVICE,” said Vic Levitin, CEO of Diptera.ai. “Instead of building and maintaining insect production factories, customers will subscribe to our service to receive shipments of sterile males ready for release.”

With Diptera.ai’s service, luxury resorts, residential complexes, or even homeowners should be able to afford the eradication service. It has to be a subscription because the mosquitoes will come back, year after year if you don’t take them out regularly.

“It’s like the Mafia,” Vic Levitin said. “You are paying protection money to us.”

Diptera.ai was founded in Jerusalem, Israel in 2020 by Dr. Ariel Livne, Dr. Elly Ordan, and Vic Levitin. The company graduated from the prestigious Indiebio accelerator in Ocotber 2020. The  Indiebio accelerator is run by SOSV, a US multi-stage venture capital investor. Diptera.ai currently has 10 employees with plans to expand in 2021.

Profiles on Diptera.ai’s founders are available through our website on LinkedIn.

Visit www.dipter.ai to learn more and follow us on LinkedIn.
For more information or an interview, contact Vic Levitin at vic AT diptera.ai.