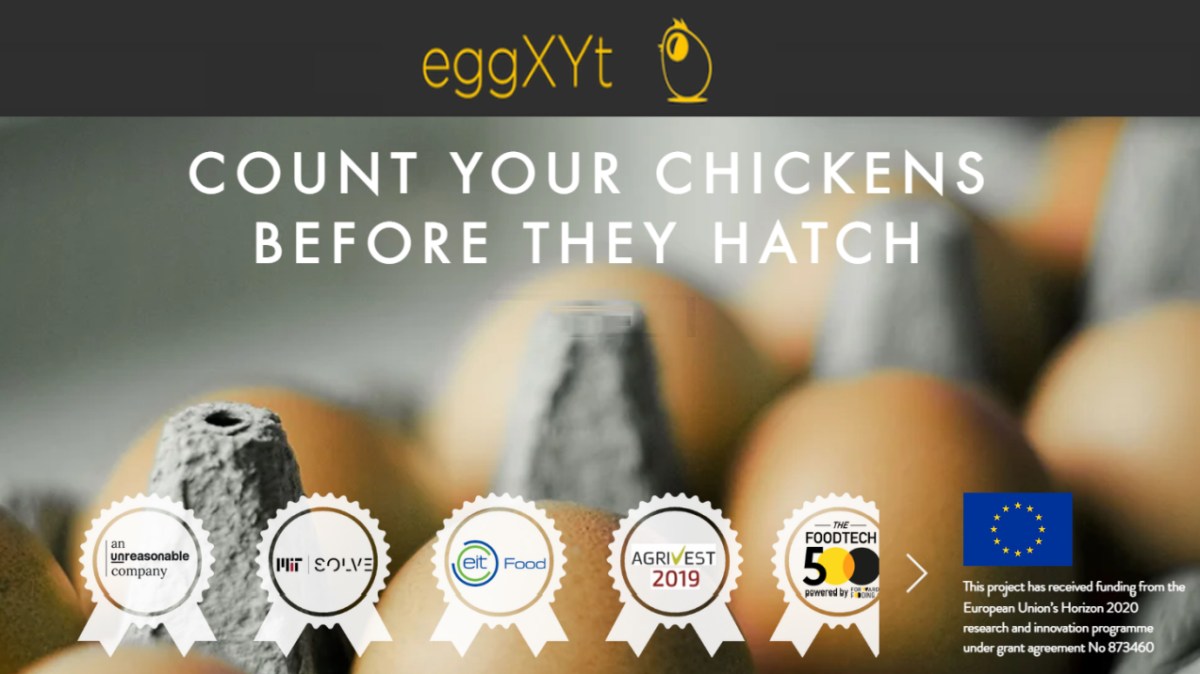 eggXYt, a Jerusalem-based genetic tech startup, has solved the problem of the killing of male chicks and is planning to introduce its technology into the market next year.

Billions of male chicks are slaughtered each year by the egg and poultry industry. eggXYt’s cutting-edge gene-editing technology can identify the sex of chicks in the egg before they hatch, thus saving them from unnecessary death, while generating significant savings for farmers. Seven billion male chicks – 50 % of all hatchlings – are destroyed worldwide each year. eggXYt developed a way to use cutting-edge CRISPR gene-editing technology to add a genetic biomarker to the male chromosome of embryos inside an egg. The male eggs glow when they go through a scanner specially developed by the eggXYt team.

In ‬modern-day poultry farming, ‬the males are useless:‬ They cannot grow up to lay eggs, ‬and they are not the fast-growing breeds that are sold as poultry meat.‬ Hatcheries macerate or asphyxiate seven billion male chicks each year, resulting in a global financial loss of $1 billion annually. This process, known as “culling,” is performed only after chicks have hatched and a professional chicken sexer has determined whether they are male or female.‬‬‬

Pressure grows from producers, retailers, consumers, and governments, passing legislation to ban male chick culling. The two commonly used methods to cull animals on-farm are attracting increasing backlash. The use of firefighting foam to suffocate animals and ventilation shutdown, in which animals are killed with extremely high heat and steam, are still permitted in the US, despite being effectively banned in the EU and labeled “inhumane”.

The European Food Safety Authority (EFSA) says the method involves “drowning in fluids or suffocation by occlusion of the airways” and is “not accepted as a humane method for killing animals”. Germany banned culling in September 2021 and requires full implementation by 2024. France banned culling of male chicks in January 2020. Switzerland banned the egg industry from grinding live chicks in 2019.

There is currently no cost-effective method to detect the sex of the egg before incubation. Current fertile eggs are sent to the hatcheries and incubated for 3 weeks after which the chicks are sex identified and separated, with the male chicks being culled.

“We needed to create a new ‘supermum’ chicken, which will be bred and multiplied,” said Yehuda Elram, cofounder and CEO of eggXYt. If some sort of marker could be put on just the male chicks, they could be weeded out before incubation and thus prevent the seven billion annual unnecessary deaths.

Eliran Kadosh, eggXYthead of research, explains: “We use CRISPR in order to cleave the DNA of the chicken in a specific desired location on the genome. This doesn’t alter the normal expression of other genes, which could harm the development, well-being, viability or fertility of the chicken. But it does enable the efficient expression of the red fluorescent protein that we want to incorporate.” The gender of the eggs is marked without any side effects. The laid eggs are then sent through a scanner that identifies the male eggs by picking up a signal from the biomarker. The female eggs that reach the market do not contain the biomarker and are therefore identical to what we consume today. The seven billion male unincubated eggs are left as a product rather than a waste.”

eggXYt was founded in 2016 and is based in Jerusalem and Tel Aviv, Israel. The company’s mission is to enable a sustainable future in the livestock industry. The company’s flagship product is a proprietary CRISPR-based technology, which allows for non-invasive pre-incubations detection in chicken eggs, saving billions of male chicks being unnecessarily hatched and disposed of each year, saving the industry billions of dollars and adding billions of eggs to the global supply.

JLM-BioCity  is a non-profit organization focused on developing and excelling in Jerusalem’s bio-community.

If you want your Company featured in our blogs , or news releases, please contact: info at jlm-biocity.org