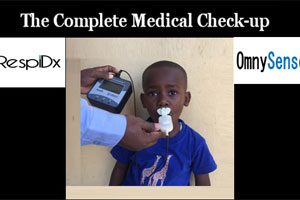 Future Meat Technologies was listed among two separate lists highlighting the top 50 companies worldwide in the Foodtech and Agtech (agriculture tech) sectors in 2020, put together by SVG Ventures-THRIVE and published https://thriveagrifood.com/startups/thrive-top-50-agtech-and-foodtech-companies/# by Forbes this week.
Future Meat Technologies, an Israeli company that develops lab-grown meat and is building the first cultured meat production plant near Tel Aviv. The company appeared in the “CPG (consumer packaged goods) and retail” category in the food tech map.

THRIVE is an ecosystem and an accelerator for Foodtech and Agtech startups worldwide. The annual top 50 lists are published as map infographics and showcase “exceptional companies… pushing the boundaries of innovation and technology,” the publication said.

The companies on the lists “are scouted for their exemplary leadership teams, technology, and traction and are selected following months of rigorous research by the SVG-THRIVE team.” To qualify, the publication wrote, companies “must have a product in the market, have received a minimum of series A funding and be ready to scale.”

On receiving the news, Prof Yaakov Nahmias, founder, and CSO said, “We are excited to be part of an incredible movement focused on reinventing agriculture and on bringing a better future. “

Future Meat Technologies is a groundbreaking biotechnology company advancing a distributive manufacturing platform for the cost-efficient production of cultured meat. It is the only company worldwide holding a GMO-free, unlimited cell source capable of differentiating to both muscle and fat, growing in a serum-free, antibiotic-free cultured medium. Future Meat Technologies patented bioreactor design permits the cost-efficient production of cultured meat and fat. The technology exclusively licensed from the Hebrew University of Jerusalem, based on the findings of Prof. Yaakov Nahmias, director of the Grass Center for Bioengineering.

Future Meat Technologies‘ goal is to produce animal-free meat products that are indistinguishable from real meat in a cost-efficient manner. The company established its propriety chicken cell line in January and serum-free medium formulation in April this year. Efficient differentiation to fat was established in June and public tasting of the chicken meat started early 2018. Bioreactor engineering design was completed with the first working prototype during 2019. Future Meat Technologies is in discussions with the FDA.

Development Milestones
During 2019, Israeli start-up Future Meat Technologies secured $14 million in a Series A seed funding round as it intends to build the world’s first cultured meat pilot production facility. This funding was in addition to the $2.5M funding led by Tyson Foods about two years ago.

The round was led by S2G Ventures, one of the forces behind Beyond Meat’s IPO, and Emerald Technology Ventures, a Swiss-based venture capital firm. Other investors included Henry Soesanto, the CEO of Monde Nissin, a producer of meat alternatives, Manta Ray Ventures, and Bits X Bites, a Chinese food, and agriculture tech. The funding will be required to design and mass-produce the meat growing machines, building a production facility and market the first products by 2022.