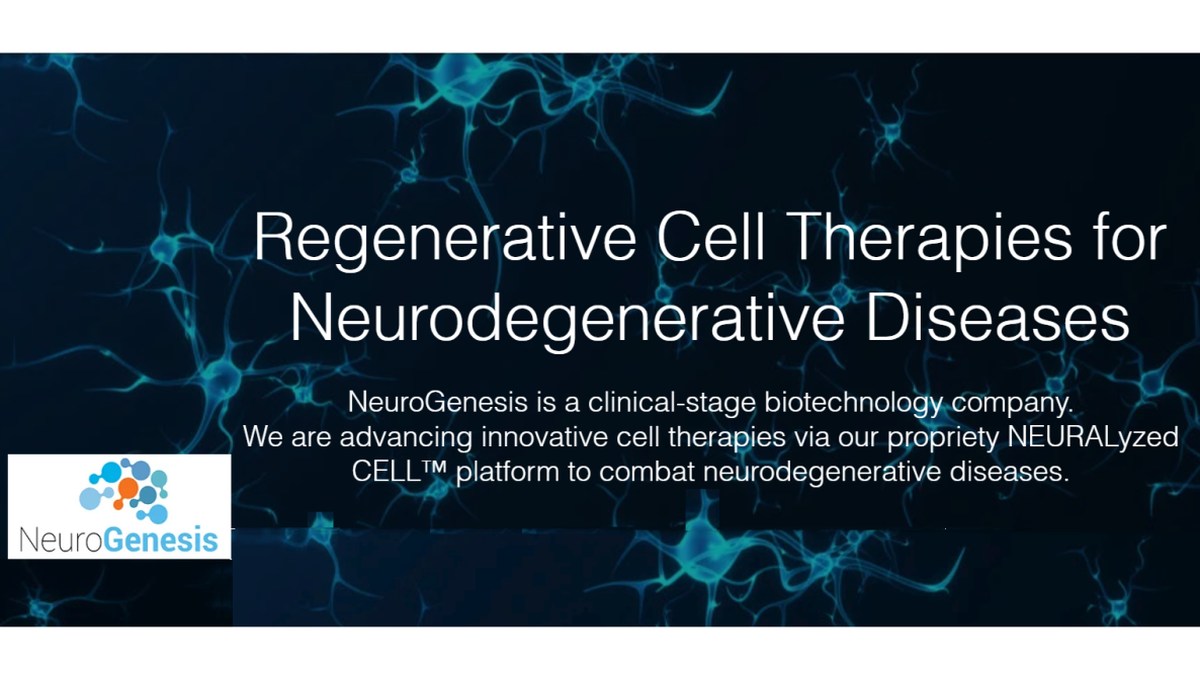 Clinical trials for NeuroGenesis’ new stem cell treatment have stopped the progression of multiple sclerosis (MS), and left some patients in better condition than before they were injected, even ditching walking sticks. By the end of a one-year, three-injection course of treatment, MS progression stopped in two-fifths of the patients who received the stem cells intravenously. Among those who received the cells in the central nervous system, disease progression was frozen in 60% of cases, according to Prof. Dimitrios Karussis, who headed the trial.

During the second half of the trial, some 73% of the patients who were receiving injections to the central nervous system showed signs of improvement in a combined disability measurement that assesses ability to walk, move arms, cognitive function and brain function as documented by neurological examination.

Prof Dimitrios Karussis  is hopeful the next phase of trials could be completed within three years, paving the way for the stem cells to be offered through hospitals worldwide, but acknowledged that more research is needed.

He commented: “We are certainly enthusiastic but when the trial is relatively small we need to confirm this data with large Phase 3 trials.”

NeuroGenesis CEO Tal Gilat, CEO, said that NeuroGenesis is has been holding discussions with America’s Food and Drug Administration and expects to initiate a Phase 3 trial spanning the US, Israel, and Europe in 2021.

NeuroGenesis CEO Tal Gilat said it “demonstrated unprecedented results in disease improvement and repair, which is an unmet need for over 500,000 progressive MS patients in the US alone.”

The 14-month randomized, double-blind, placebo-controlled study, comprised of 48 patients, was led by Prof. Dimitrios Karussis, head of Hadassah’s Multiple Sclerosis Center, and developed the treatment, together with Dr. Petrou Panayiota and Dr. Ibrahim Kassis. NG-01 stem cells used to treat the participants are autologous, which means that they are obtained from the patient. A unique subpopulation of bone marrow cells is identified, cultured and enhanced. The cells are then returned to the patient, possessing the potential to stimulate growth of nerve tissue, provoke an immune system response, and protect the nerves against degeneration.

The highly positive results, with injections of the cells either intrathecally (into the spinal cord) or intravenously, were recently published in Brain,  a prestigious peer-reviewed journal of Oxford University, and highlighted in the publication’s “Editor’s Choice” section.

“The treatment was well-tolerated, and the trial met all of its primary endpoints,” said lead principal investigator Prof. Karussis. “The patients’ improvement was in many cases quite remarkable and included regaining of motor function and noticeable effects on their cognitive abilities.”

Prof. Karussis added, “Although we currently have several good treatment options for relapsing, remitting MS, we fall short in providing effective treatment for progressive MS that could substantially suppress the progression of disability. This trial provides encouraging results and suggests a potential for a new approach that may not only slow down the progression of the disease but even induce improvement and promote repair mechanisms in progressive MS.” The authors conclude, “A Phase 3 trial is warranted to confirm these findings.”

The technology is now being further developed by NeuroGenesis, with a license from Hadasit, the Hadassah Medical Organization’s technology transfer company.

“Progressive MS is a chronic, debilitating disease with no satisfactory treatment to improve or reverse established disability,” said Tal Gilat, chief executive officer of NeuroGenesis. “We are therefore extremely pleased to witness the significant positive effect of our NG-01 cells. Following recent interactions with the Food and Drug Administration, we look forward to confirming and expanding these findings in a large multicenter MS trial and continuing advanced studies in additional indications, such as ALS.”

The Phase 2, randomized, double-blind, placebo-controlled, clinical trial assessed the safety, tolerability and efficacy of transplantation of NG-01 in people with progressive MS. The study enrolled 48 participants with progressive MS which were randomized into 3 groups, receiving either an intrathecal or intravenous NG-01 injection, or a placebo injection.

The two predetermined primary endpoints of the trial were: (i) the safety of the intrathecal and intravenous NG-01 treatments assessed by incidence of adverse events versus those in the placebo-treated group; and (ii) the differences among the three groups in the Expanded Disability Status Scale (EDSS) score changes and the proportion of patients with treatment failure, as evidenced by an increase in EDSS (disease progression) score, at 6 and 12 months. Overall, the study duration was 14 months.

Multiple sclerosis (MS) is an autoimmune disease that causes damage in the myelin and the nerve cells of the central nervous system (demyelinating plaques in brain and spinal cord), resulting in cumulating neurological disability. The destruction of the myelin (the covering that protects nerves and promotes the efficient transmission of nerve impulses) causes secondary damage to the nerve cells and progressive atrophy. MS often causes sensory disturbances in the limbs, including a prickling or tingling sensation (paresthesia), numbness, pain, and itching. Motor problems are common in people with MS. Affected individuals may have tremors, muscle stiffness (spasticity), exaggerated reflexes (hyperreflexia), weakness or paralysis of the muscles of the limbs, difficulty in walking, and poor sphincter control. The condition is also associated with visual problems, such as blurred or double vision or partial or complete vision loss. There is no known cure for multiple sclerosis. The existing treatments are mostly aimed to reduce the incidence of relapses of the disease and slow down the rate of neurological deterioration.

Neurogenesis is developing cell therapy for neurodegenerative diseases based on a unique approach for sustained delivery of high levels of remyelinating growth factors using the patient’s own stem cells. The technology for this unique approach was licensed from Hadasit, the Technology Transfer Company of Hadassah Medical Organization in Jerusalem, Israel. The Company’s lead product is NG-01 for the treatment of progressive Multiple Sclerosis, (in which a placebo-controlled Phase 2 study has been completed and recently published). NG-01 were also tested in two successful Phase 2a trials in ALS patients. Up to today, more than 150 progressive MS and ALS patients from around the world have been treated with Neurogenesis’ products via clinical trials (Phase 1 and Phase 2) and compassionate use treatments.

For more than a century, Hadassah has set the standard of excellence for medical care and research in Israel. Hadassah’s doctors and scientists are on the frontlines, uniquely positioned to pinpoint ever-evolving medical needs. Their experience and ingenuity have yielded new ideas with huge potential in all areas of medicine, including therapeutics, diagnostic medical devices, and digital health. Hadasit is the technology transfer company of Hadassah Medical Center in Jerusalem that moves the cutting-edge research coming out of Hadassah into marketable medical technologies.