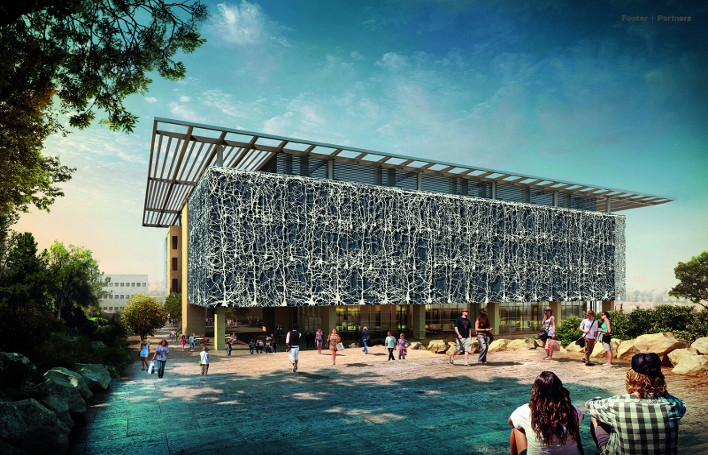 This week, the Hebrew University of Jerusalem is dedicating its new interdisciplinary center for brain sciences. The Edmond and Lily Safra Center for Brain Sciences (ELSC) was founded to encourage collaboration with the aim of promoting breakthroughs in the study of the brain. The center is said to be the largest neuroscience center in Israel. British architect Lord Norman Foster’s firm designed the building.

The new $58 million building, scheduled to open in October, is part of a $150 million budget allocated for the project, in which researchers will deal with subjects as varied as the study of single molecules to the entire brain, from cognitive psychology to computational neuroscience, in an effort to transform the treatment of neurological and psychiatric disorders. The scientists follow an interdisciplinary agenda to uncover the causal links between genes, neurons and circuits from which cognition and behavior emerge.

“The funds will help recruit 15 additional researchers and equip the building with state-of-the-art equipment,” Dr Rafi Aviram, executive director of the ELSC said, adding that, “the university hopes to open the center’s doors in time for the upcoming academic year.”

ELSC is also operating an International Ph.D. Program in Brain research: Computation and Information Processing. This program is arguably one of the largest graduate programs in computational neuroscience in the world. A large percentage of our graduates become independent researchers in various fields of neuroscience both at Israeli universities and abroad.