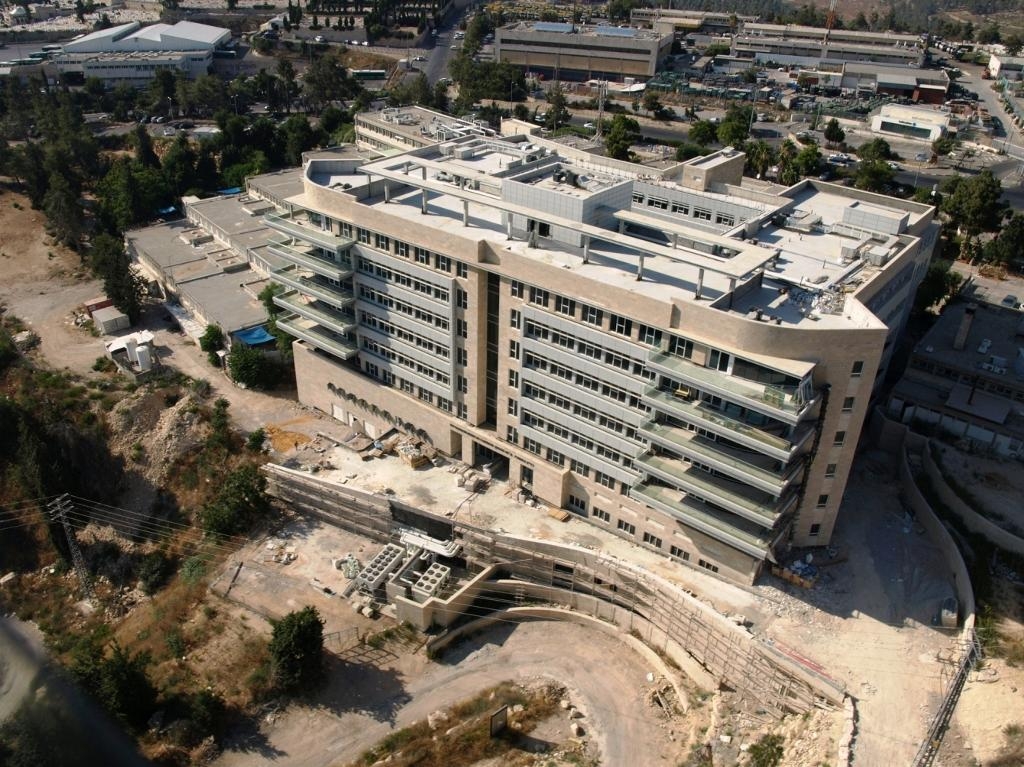 Founded in 1894, Herzog Hospital located at in the entrance to the city of Jerusalem, aims at improving the quality of life for those suffering the effects of aging, neurological disorders, mental illness, respiratory ailments and psychological trauma. The new Samson building was partly opened on May 16, 2017 with six floors above the ground and four children/general respiratory wards, four geriatric wards, four psychiatric wards, labs, an x-ray department and an underground emergency hospital. Its 270 new beds help alleviate the severe shortage of geriatrics hospitalization needs.

The building is a Green building, built to the most stringent international building and design standards. At the inauguration, Rav Yitzhak Litzman, Minister of Health and Nir Barkat, Mayor of Jerusalem took part, as well as Karen Lewis, one of the daughters of the main donor, Dr. Samson, and many dignitaries and guest from abroad and Israel.

Dr Yehezkiel Caine stated that the new modern building goes along way in addressing the acute shortage facing Jerusalem’s elder population as well as that of all Israel. He expressed deep thanks to the donors, especially the Samson family, who made it happen. The need for additional capacity became apparent with waiting lists of over hundreds of patients and severe cramming of patients in the hallways.
With planning starting in 2008, the building started in 2012, at a cost of 300 million NIS.