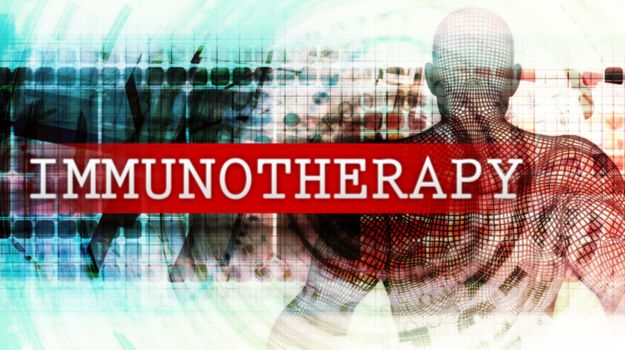 While current immunotherapies offer promise to previously untreatable cancers, they only work in a small percentage of patients with certain types of cancer. Scientists have been exploring how to unlock the full potential of immunotherapies so that they might benefit more patients, especially those with unresponsive cancer.

“Checkpoint suppression is a natural immune mechanism used by normal cells in the body to evade autoimmune attack,” said Dr. Michael Har-Noy, an immunologist and founder of Immunovative Therapies, Ltd., an Israeli biopharmaceutical company focusing on next-generation immunotherapies. “Tumor cells have hijacked this normal mechanism to ensure their survival.”

Checkpoint inhibitors are only effective against inflamed tumors, called ‘hot’ tumors. These tumors are infiltrated with immune cells, called T cells, that are armed and ready to attack the tumor but are suppressed by checkpoint molecules. Blocking these checkpoint molecules releases the ‘brake’ put on the immune response, enabling the T cells to swiftly eradicate the tumor. Checkpoint inhibitor drugs, such as KEYTRUDA and Opdivo, have shown success in ‘hot’ tumors, including melanoma, non-small cell lung cancer, and head and neck cancer.

Unfortunately, most tumors are ‘cold’ (not inflamed) and hide from the immune system by appearing to be too similar to normal cells. Vaccinating patients against cancer can convert unresponsive ‘cold’ tumors into inflamed ‘hot’ tumors by training the immune system to recognize tumor cells as foreign. Unfortunately, cancer vaccines have yet to show great success in the clinic, even when combined with checkpoint inhibitors. Finding a way to convert tumors from ‘cold’ to ‘hot’ will broaden the effectiveness and unlock the full potential of immunotherapy.

The most powerful anti-tumor mechanism known is the graft-versus-tumor (GvT) effect, which happens after a patient receives a bone marrow or stem cell transplant from a healthy, tissue-matched donor. The GvT effect can kill many types of solid tumors and blood cancers and is the only immune mechanism capable of killing chemotherapy-resistant metastatic tumors. The transplanted immune system (graft) attacks all non-self cells, including tumors (GvT) and the patient’s normal cells, causing a highly toxic side effect known as graft-versus-host disease (GvHD).

“Unfortunately, the GvT effect and GvHD are intimately and proportionally related, such that any interaction that suppresses GvHD also suppresses the GvT effect, while enhancing the GvT effect also enhances GvHD toxicity, creating a major problem in transplant research,” Dr. Har-Noy said. “This linkage of GvT to GvHD limits the clinical translation of bone marrow transplants to patients.”

“The ‘holy grail’ of transplant research has been to develop a way to achieve the beneficial GvT effect without risk of GvHD,” added Dr. Michael Bishop, medical director and clinical investigator at Immunovative’s blood donation site in Arizona and a member of Immunovative’s board of directors. “Immunovative’s Mirror Effect® technology is the first to be able to effectively harness the powerful GvT mechanism without GvHD toxicity.”

Immunovative Therapies may have an answer to the cancer vaccine problems. Their Mirror Effect® technology has been shown in clinical testing to reliably turn ‘cold’ tumors ‘hot’, including hard-to-target tumors. This technology not only educates the immune system to identify tumors as foreign, but it also reverses the tumor’s immune suppression effects, which could enable immunotherapy to be significantly more effective in many types of cancers.

“Our approach is what makes Immunovative stand out,” Dr. Bishop added. “Our product was developed directly from a human model of an effective anti-tumor immune response, rather than trying to translate an effect discovered in animal models.”

Mirror Effect® technology uses a bioengineered biologic drug, AlloStim®, derived from the blood of healthy donors. Immune cells are purified from the donor blood and converted into a unique, patented type of immune cell that is administered attached to antibody-coated microbeads. AlloStim® can not only elicit a powerful HvT effect without GvHD, but it also eliminates the need for a matched tissue donor and chemotherapy conditioning prior to treatment.

Vaccines generally have two components: a tumor-specific molecule, called an antigen, to educate the immune system to attack the tumor; and a compound, called an adjuvant, that promotes inflammation to enhance anti-tumor immune effects. Tumors contain unique antigens inside their cells, hidden from the immune system. Immunovative’s vaccines can expose those tumor-specific antigens to the immune system in two ways: by injecting the patient with their own processed tumor biopsy; or freezing tumor cells to death directly in patients, causing the cells to burst, using a technique called cryoablation. AlloStim® then acts as the adjuvant by stimulating inflammation, creating a patient-specific vaccine.

The AlloVax® vaccine is AlloStim® used with processed biopsy tissue, whereas the CryoVax®vaccine uses AlloStim® after tumors are killed via cryoablation. Interestingly, AlloStim® alone can directly stimulate the immune system to kill tumors and release the unique tumor-specific antigens. This new vaccine, called StimVax®, is the ultimate off-the-shelf vaccine, creating a customized anti-tumor immune response with a single agent.

Phase II results were recently reported for AlloVax®, where 5 of 10 patients with locally advanced/metastatic head and neck cancer experienced significant tumor reduction after only 56 days.

Interim Phase II results were also reported for AlloVax® in 15 patients with advanced/metastatic hepatocellular carcinoma. On day 56, 11 of the 15 subjects had tumors that could be evaluated: two no longer had any tumors; two had their tumors shrink; four had stable disease. Liver biopsies showed increased amounts of T cells in the tumors and tumor cell death. Significantly, 5 of the 15 subjects were still alive after one year, with one of these 5 alive for over 2 years at the time of the report.

A Phase I/II study of CryoVax® in 42 subjects with various chemotherapy-resistant metastatic cancers given a less than 90-day life expectancy reported that 11 were still alive after one year and 9 were alive after two years post-treatment.

Both vaccines were well-tolerated with minimal side effects. The clinically meaningful outcomes provide hope for this treatment’s future success.

AlloStim® can prompt similar anti-tumor effects as a bone marrow transplant without the lethal GvHD side effect and other undesirable transplant requirements, including chemotherapy conditioning prior to treatment, and needing a tissue-matched donor. Because AlloStim® is patient-specific and reverses the tumor’s immune evasion strategies, patients have shown unprecedented tumor reduction. The cancer vaccines using AlloStim® are well-tolerated, off-the-shelf, and show anti-tumor activity in multiple tumor types.

Another feature of Mirror Effect® products is their affordability, which could make them available to many cancer patients throughout the world who are unable to afford current immunotherapies. One donor can produce treatments for multiple patients, which drives down the cost. Immunovative estimates AlloStim® could cost $5-10,000 per treatment, compared with the more than $350,000 price tag per CAR-T cell therapy treatment.

“By providing an effective, affordable immunotherapy treatment option to many patients, AlloStim® could be the first immunotherapy widely available to patients, even in economically disadvantaged countries,” said Dr. Bishop.

Its affordable price tag can be partially attributed to its preparation using novel technology developed by Immunovative’s subsidiary company Mirror Biologics. They are developing an artificial lymph node bioreactor and automated cell processing system designed to produce over 700 treatments from a single blood donation. Developing these manufacturing systems will make these vaccines affordable to many patients.

“Our first target for demonstrating the commercial feasibility of affordable cancer vaccines is the advanced liver cancer market of China and SE Asia,” Dr. Har-Noy said. “Less than 1% of patients in this region can afford the drugs approved for advanced liver cancer. These patients only receive about $5000 in palliative or supportive care from the government for their condition. Therefore, an effective, minimally toxic option priced at $5000 creates a $2 billion annual market in this indication alone.”

The next steps for Immunovative are randomized, controlled Phase III trials for drug distribution licensing. The promising data to date could make drugs using Mirror Effect® technology the next generation of immunotherapy.

Immunovative Therapies, Ltd. is an Israeli biopharmaceutical company specializing in the development, manufacturing, and testing of next-generation immunotherapies. Their Mirror Effect® technology is an immunological platform for developing powerful anti-tumor drugs as effective as bone marrow or stem cell transplants without the associated toxicity. Products currently in clinical development include AlloStim®, a “bioengineered living cell allograft;” and multiple combination cancer vaccines. The company has operations in Jerusalem, Israel; Arizona, US; and Bangkok, Thailand.