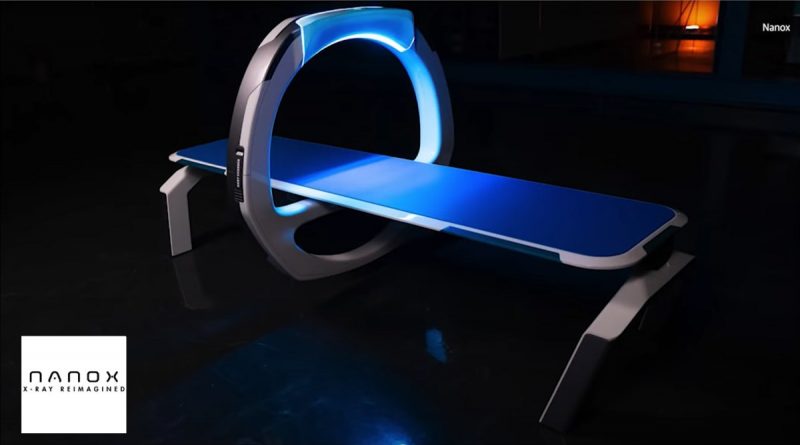 Hadassah and its world-class medical facilities and staff were Nanox’s first choice for whom to collaborate with on innovative life-saving medical imaging procedures via full-body scans. The scans will be delivered globally to increase accessibility to medical imaging for all socio-economic levels.

Nano-X Imaging Ltd. developed its commercial-grade digital X-ray technology based on a proprietary silicon MEMs semiconductor technology, after 15 years of “under the radar” Japanese and Israeli development and substantial investment to overcome one of the biggest barriers to modern medical imaging. This novel digital X-ray source may enable a significant reduction in the cost of medical imaging systems, with the goal of making medical imaging more accessible and available globally.

X-rays were originally discovered by Wilhelm Röntgen in 1895 and the base technology remained fundamentally unchanged for the past 124 years. In legacy systems, X- rays are generated by heating up a filament to over 2,000° Celsius which creates an electron cloud (called a “Hot Cathode”) that when pulled towards a metal anode produces X-rays on impact. This is an analog way of X-ray generation involving continuous radiation.

Led by the Israeli entrepreneur Ran Poliakine, the international teams of Israeli and Japanese engineers have achieved the digital generation of electrons without the use of heat (called a “Cold Cathode”). Nanox has built a novel “Electron Gun” based on a field emission array of a 100 million molybdenum Nano-cones (instead of the one metal filament used in legacy sources) enabling a controlled and steady generation of electrons using low voltage to achieve the same effect as the legacy X-ray source.

According to Marshfield Clinic System Foundation, cancer patients have a 70 – 99 percent survival rate when the disease is detected at early stages of development using medical imaging systems such as CT scanners and others. However, the World Health Organization (WHO) estimates that about two thirds of the world’s population has no access to medical imaging systems at all, while the rest of the world faces long waiting times of weeks or even months for both screening appointments as well as diagnostics results.

“Hadassah treats one million patients a year regardless of race, religion, or nationality, and it is that same spirit of compassion and medical democratization that we see in Nanox,” says Erez Meltzer, Chairman of the Hadassah Medical Organization. “Nanox’s scientific promise is profound, but more importantly, so are the possible life-saving implications of making professional X-Ray scanners at a fraction of the cost and at a similar quality of medical imaging currently available at Hadassah.”

“I am incredibly proud to join the Hadassah family,” says Ran Poliakine, CEO and Co-Founder of Nanox. “Over $1 billion and 15 years of development have been invested in revolutionizing the X-Ray source that enables medical imaging at a fraction of the current cost and making it finally available to everyone, anywhere. We need highly professional and inspirational partners like Hadassah to turn such revolutionary ideas into action. Hadassah’s long-standing dedication to equality of medical care, as well as its continued investments pushing that ideal forward, is a model I unabashedly intend to mirror.”

“Hadassah’s partnership with Nanox via its technology transfer company Hadasit is quite exciting,” says Dr. Tamar Raz, CEO of Hadasit . “The dearth of quality medical imaging around the world is as significant as it is deadly, but we believe the causes can be solved through our commitment and innovation.”

Nanox, founded by the serial entrepreneur Ran Poliakine, is an Israeli corporation that is developing a commercial-grade digital X-ray source designed to be used in real-world medical imaging applications. Nanox believes that its novel technology could significantly reduce the costs of medical imaging systems and plans to seek collaborations with world-leading healthcare organizations and companies to provide affordable, early detection imaging service for all. For more information, please visit www.nanox.vision.