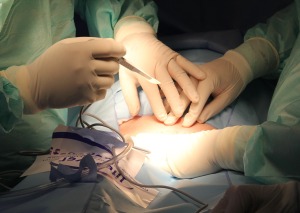 In the emergency room, patients may expect doctors to call all the shots about tests and treatments. But increasingly, ER physicians are asking patients to participate more in critical decisions about care, such as whether to opt for surgery or undergo a scan with radiation exposure.

Making such choices can be daunting for patients and families, but in cases where the diagnosis isn’t life-threatening, there is often more than one reasonable option for care: Many children with uncomplicated acute appendicitis may be successfully treated with antibiotics instead of surgery. Adults with chest pain whose initial test results are negative for a heart attack often don’t need more extensive workups, such as stress tests. A mild head injury may not require a CT scan that exposes patients to radiation.

Now, to help patients and families weigh the evidence & compare risks and benefits, hospitals are developing so-called shared decision-making aids tailored to emergency situations. A survey of ER doctors in 29 states, published last year in the journal Academic Emergency Medicine, found physicians’ perceptions of shared decision-making included: “Many patients prefer that the physician decides”; “When offered a choice, many patients opt for more aggressive care than they need” & “It is too complicated for patients to know how to choose.”

The nonprofit Patient-Centered Outcomes Research Institute is funding research on ER decision-making aids. The Mayo Clinic in Rochester, Minn., is developing several such aids, including one for patients with low-risk chest pain. Studies show additional tests such as stress tests and CT angiograms for those patients may be unnecessary and sometimes have false positives that lead to unneeded procedures, exposure to unnecessary radiation and higher costs.

With the help of a patient advisory group, a decision aid, Chest Pain Choice, was developed that includes information on the diagnosis, displays a patient’s 45-day risk of a heart attack and options for care. These include admission to an observation unit for tests, follow-up with a heart doctor within 24 to 72 hours—or letting the ER doctor make the decision. Mayo research found that patients who used Chest Pain Choice increased their knowledge and engagement in decisions and were less likely to receive cardiac testing, without risking their health, than a control group where patients had the standard doctor’s explanation. The control-group patients also more often handed the decision over to the doctor. The research involved 898 patients at six emergency departments in five states from October 2013 to August 2015.

One patient advisory-group member was told he wasn’t having a heart attack and the risk was less than 2%. But that information wasn’t clearly expressed to him at first, he says. He advised “The patient is already overloaded and doesn’t know what’s happening, and having that number can help you figure out the best choice”

Surgeons at the Center for Surgical Outcomes Research at Nationwide Children’s Hospital in Columbus, Ohio, are developing a decision aid for parents of children with appendicitis. A study published last December in JAMA Surgery found three of four children with uncomplicated acute appendicitis had been successfully treated with antibiotics alone, when evaluated at a one-year follow-up. Compared with an urgent appendectomy, the antibiotic treatment was associated with less recovery time, lower health costs and no difference in complications. It takes about 10 minutes to go through the app, but parents can “play it again if they have a question.”

Adam Husney, chief medical officer of Healthwise, a Boise, Idaho, nonprofit producer of health-decision aids, says ER doctors may be hesitant to engage patients more fully, fearing malpractice suits if things don’t turn out well. However, he says, patients are “less likely to hold a physician responsible when they have truly understood the options and made an informed decision.”

Personal comment: There is a recurring theme to everything I write, and it is that EHRs help, when they are properly designed. The modules noted in this article speak to key tools that will help ER doctors manage otherwise more complicated clinical scenarios. These tools should be in all EHRs.