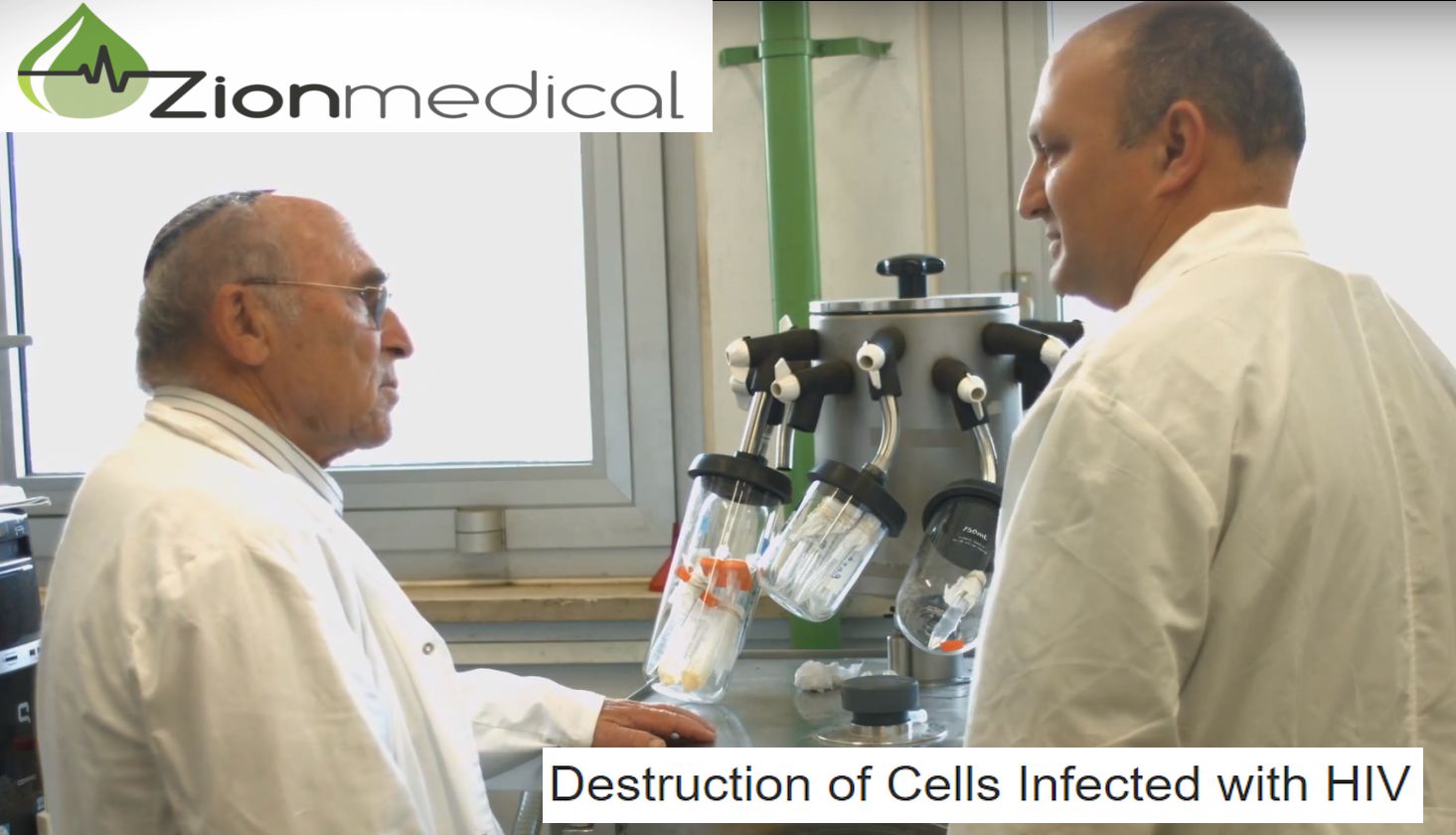 Zion Medical, an Israeli biotech company developing HIV and cancer treatments, has announced the results of the first clinical trial of HIV-drug Gammora, eliminating up to 99% of the HIV virus within four weeks of treatment.  Investigational Medicinal Product (IMP) Gammora is a synthetic peptide compound derived from the HIV enzyme integrase, which is responsible for inserting the virus’s genetic material into the DNA of the infected cell.

Gammora stimulates the integration of multiple HIV DNA fragments into the host cell’s genomic DNA, to an extent that triggers the self-destruction of the infected cell, called apoptosis. The peptide, produced by San Diego, California -based PolyPeptide Labs, has the potential to cure HIV infected patients, by destroying all cells carrying the HIV virus-genome. As opposed to the commercially available retroviral treatments, the so-called “cocktail,” which merely suppress the spreading of the virus, but do not cure the infection.

Between July and August 2018, Zion Medical conducted a Phase 1/2a human clinical trial of Gammora, reaffirming results of prior preclinical tests that had showed the safety and effectiveness of the drug in killing HIV-infected cells. In Part I of this trial, nine HIV-infected patients at the Dr. Ronald Bata Memorial Hospital in Entebbe, Uganda, were randomly assigned to receive either 0.05-0.2 mg/kg, or 0.1- 0.3 mg/kg, or 0.2-0.4 mg/kg of Gammora for up to 4-5 weeks. Most patients showed a significant reduction of the viral load of up to 90% from the baseline during the first four weeks.

In Part II of the study, conducted two weeks after the first, patients were given Gammora with additional retroviral treatment combined for another 4-5 weeks. Patients received either commercially available lopinavir 800 mg and ritonavir 200 mg (LPV+r) daily in combination with Gammora 0.2-0.4 mg/kg given twice a week, or LPV+r only. The results found that combined-treated patients demonstrated sustained viral suppression and achieved HIV-1 RNA <300 copies/mL, and showed up to 99% reduction in viral load from baseline within four weeks.

Through the 10 weeks, patients in both studies demonstrated that Gammora is a safe and well-tolerable drug, exhibiting no side effects. Patients showed a significant increase of the CD4 cell count – up to 97 % from the baseline. CD4 cells, also referred to a T cells or T helper cells, play an important role in the body’s immune system and are an indicator of its overall health.

“These first clinical results were beyond our expectations and promise hope in finding a cure for a disease that’s been discovered over 35 years,” says Dr. Esmira Naftali, head of development at Zion Medical. “Given the limited nature of this study, we are excited to prove the efficiency of our drug in Phase 2b with a greater number of participants over a longer period of time.”

Abraham Loyter, professor at the Hebrew University of Jerusalem, first started research on this novelty drug about 10 years ago, having been granted patents for the peptide in 2015 and 2017 (U.S. Patent No. 9163067, 9738878). Zion Medical in-licensed the compound and has been continuing research and development through pre-clinical and clinical stages, building an entire team of researchers around the development of Gammora. On August 31, 2018, Zion Medical filed another patent application with the U.S. Patent and Trademark Office for an updated version of the peptide and final drug composition. New York City’s Mount Sinai hospital has collaborated with Zion in earlier stages of development and might partner with the company again in the future.

The company hopes to start Phase 2b in the coming months, involving around 50 patients that are given Gammora over two to three months.

About Zion Medical: Israel-based Zion Medical was established in 2014 with the mission to develop groundbreaking medical solutions for HIV/AIDS and cancer. It is known for its patented synthetic peptide Gammora, which is derived from the HIV enzyme integrase, and has been proven to be effective in killing HIV-infected cells, and which has also shown promising results with some types of cancers cells.