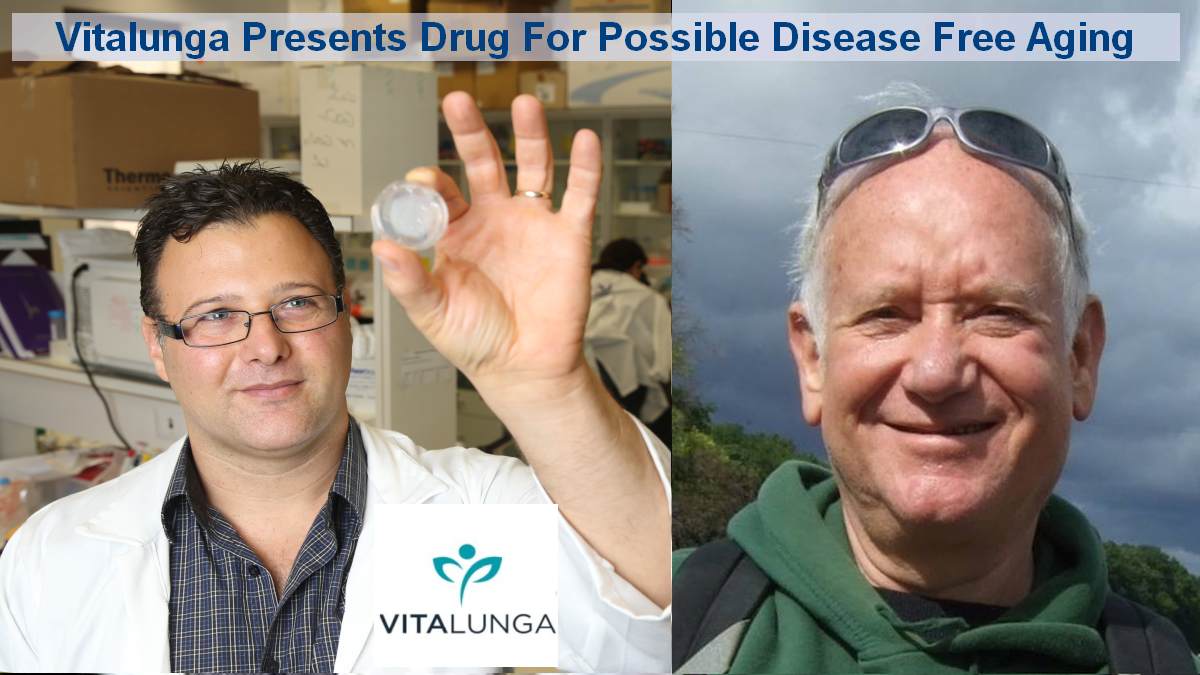 Vitalunga is a Jerusalem-based biotech startup that has developed a novel oral drug candidate that aims to treat and prevent aging-related diseases such as Alzheimer’s and Parkinson’s with a constant renewal of cell vitality in diseased tissues. Vitalunga is based on the research led by Professor Einav Gross and Professor Shmuel (Muli) Ben-Sasson of The Hebrew University’s Faculty of Medicine. While many successes have been made to extend the lifespan of aging adults, disease-free aging has remained a challenge. The novel drug candidate that they are developing has the potential to remarkably improve the quality of life of aging adults. Vitalunga is currently raising funds to begin pre-clinical studies.

Aging is associated with the gradual decay of cell vitality, which can lead to numerous neurological and physiological disorders. Vitalunga discovered a family of mitophagy-activating compounds, that enhance cell vitality, making it possible for the aging tissues to retain proper cellular function to resist disease. Vitalunga’s agents  have already been shown to extend lifespan and health in worm models. The efficacy of the molecules was demonstrated in a model organism – the C. elegans roundworm. The research team has developed unified therapy to support health span and longevity, and successfully demonstrated that these can protect worm and human cells from damage.

According to the UN’s World Population Aging report, the global population of aging adults in 2019 was 703 million and is expected to surpass 1.5 billion by 2050. At a time when countries like Japan are struggling with population record highs of elderly individuals and the subsequent burdening of healthcare systems, Vitalunga’s platform is a promising solution that will both minimize these burdens, while providing a better, healthier quality of life for its users.

The study led by Professors Einav Gross and Shmuel Ben-Sasson of the Faculty of Medicine at the Hebrew University of Jerusalem (HU) has identified a group of molecules that enable cells to repair damaged components, making it possible for those tissues to retain proper function. The efficacy of the molecules was demonstrated on a model organism. The research team examined the effect of various therapies on longevity and quality of life, and successfully proved they can protect the organisms and human cells from damage.

Aging-related diseases have a common pathogenic mechanism that results in the deterioration of cells in otherwise healthy tissues. A major factor in aging tissues is the reduced effectiveness.

As Prof  Gross, the principal investigator behind Vitalunga‘s research, explained, “mitochondria, the cell’s ‘power plants,’ are responsible for energy production. They can be compared to tiny electric batteries that help cells function properly. Although these ‘batteries’ wear out constantly, our cells have a sophisticated mechanism that removes defective mitochondria and replaces them with new ones. However, this mechanism declines with age, leading to cell dysfunction and deterioration in tissue activity, and is implicated in many age-related diseases, such as Alzheimer’s disease, Parkinson’s disease, heart failure, and sarcopenia.”

Prof Gross and Prof Ben-Sasson‘s creative drug-design platform enabled them to discover a family of novel compounds that facilitate and enhance potent autophagy (a fundamental cell survival mechanism that allows cells to adapt to metabolic stress) and mitophagy (a mitochondrial quality control mechanism that prevents detrimental effects and reinstates cellular homeostasis in response to stress) in human cells. Moreover, it promotes lifespan and health span in the model organism C. elegans. Their manuscript, which describes in detail the biological features of the first generation of these compounds, was just published in Autophagy,  a leading journal in the field.

The discovery of these compounds led Vitalunga to the development of furthermore advanced novel agents, targeting the prevention of aging-associated deterioration. Vitalunga’s proprietary platform ensures the perpetual rejuvenation of cells in diseased tissues, enabling, for the first time, a drug-responsive, unified target for the prevention and treatment of multiple aging-related diseases!

“Our observations in the lab of the unique properties of these molecules are extremely exciting,” remarked  Prof Muli Ben-Sasson, founder and CTO, Vitalunga. “A success of the Vitalunga drug candidate in the clinic will mean an entry to a universe of healthy aging.”

Prof Ben-Sasson says that the next steps include “intensifying understanding of the drug mode of action at the molecular level, including computational tools to model drug-target interaction,” as well as exploring the breadth of application of this technology in cells and animal models of human diseases.

“We want to move to long-term studies of aging in-vivo where the drug is administered daily and treatment is initiated at different ages, in six-month intervals, starting from six-month-old mice,” he adds.

From a commercialization perspective, Prof Ben-Sasson says that Vitalunga is aiming to complete the process of structural optimization and select the best drug candidate over the next three months.

“Then we need to scale up production, including stability, analytical etc. (non-GMP batch for tox then GMP batch for clinical trials), and finish a full battery of pre-clinical studies (tox. secondary pharmacology, ADME etc.).”

The company is currently planning for a pre-IND submission for a clinical trial in hepatocellular carcinoma (HCC).

“HCC is an aggressive tumor that in the West is considered an orphan disease, with all regulatory benefits associated, but in the East and Sub-Sahara, HCC mortality is first or second among all malignancies,” says Prof Ben -Sasson. “HCC has outstanding impaired mitophagy which enables it to proliferate.”

The expected endpoint for demonstrating efficacy in HCC in the clinic should be relatively short (approx. 3 months of treatment), compared with much longer periods of time for other age-related diseases.

“This would be a Phase I/II study already in patients – so our first in human can thus be accomplished within a relatively short period of time,” says Prof Ben-Sasson. “In the future, we hope we will be able to significantly delay the development of many age-related diseases and improve people’ quality of life.”

” Prof Ben-Sasson and Prof Gross‘s findings have a high significance for the global aging population,” said Dr. Itzik Goldwaser, CEO of Yissum. “This milestone will bring the startup one step closer to minimizing the unbearable burden that aging-related diseases such as Alzheimer’s and Parkinson’s have on individuals, their families, and the health care system as a whole. Yissum is proud of this project and looks forward to Vitalunga’s inevitable growth.”

Yissum is the technology transfer company of The Hebrew University of Jerusalem. Founded in 1964, it serves as a bridge between cutting-edge academic research and a global community of entrepreneurs, investors, and industry. Yissum’s mission is to benefit society by converting extraordinary innovations and transformational technologies into commercial solutions that address our most urgent global challenges. Yissum has registered over 11,000 patents globally; licensed over 1,140 technologies and has spun out more than 200 companies. Yissum’s business partners span the globe and include companies such as Boston Scientific, ICL, Intel, Johnson & Johnson, Merck, Novartis, and many more. For further information visit www.yissum.co.il

If you want your company featured in our blogs, news releases, please contact: info at jlm-biocity.org