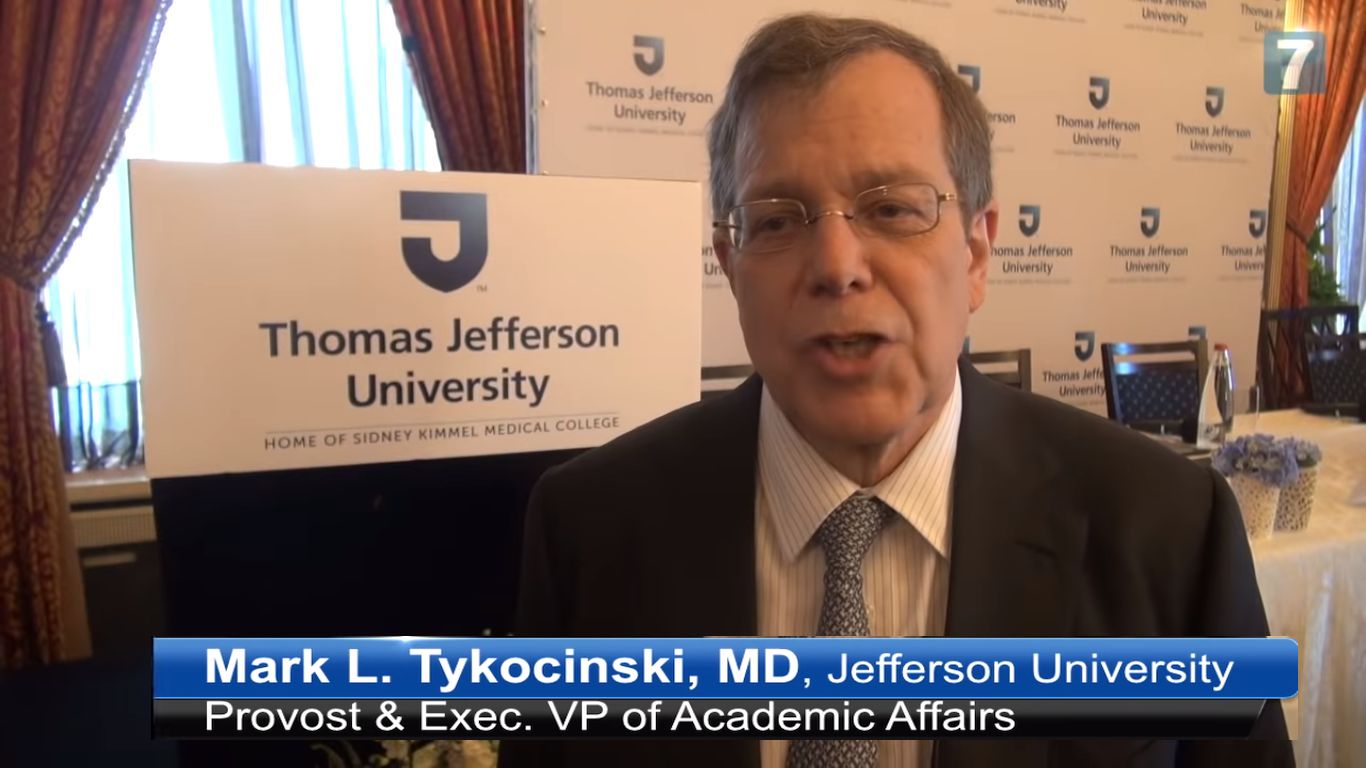 June 6, 2018 – Thomas Jefferson University announced Tuesday, June 6 2018, the opening of the Jefferson Israel Center in Jerusalem before a packed audience at the King David Hotel.

The Jefferson Israel Center is the third of its kind for the Philadelphia-based University, which is home to the 194-year-old Sidney Kimmel Medical College; Thomas Jefferson University Hospital, the 16th ranked hospital in the United States; and a wide variety of profession-based academic tracks, including architecture, design, textiles, fashion, engineering, and business, as well as health science tracks such as medicine, nursing, rehabilitation sciences and population health.

“Israel today is what Silicon Valley was in the late 1990s. It’s an ecosystem of innovation that has more technology start-ups per capita than anywhere in the world right now,” said Mark L. Tykocinski, MD, Provost and Executive Vice President of Academic Affairs at Jefferson, and The Anthony F. and Gertrude M. DePalma Dean of the Sidney Kimmel Medical College. “In an increasingly global academic ecosystem, the opportunities are unbounded for leveraging international institutional partnerships to innovate science and education, and in so doing, to give life to our vision for ‘redefining humanly possible.’”

Already with programmatic collaborative research and education ties to several leading Israeli biomedical institutions, among them Hebrew University Hadassah Medical School and the Weizmann Institute of Sciences, Jefferson will deepen such partnerships, as well as broaden its academic ties beyond the biomedical space to embrace leading Israeli institutions in architecture, design, textiles and fashion sectors and identify collaborative solutions to the world’s most pressing problems.

“We foresee giving an industrial design or smart textiles project to students at our East Falls campus and the very same project to students at Shenkar College of Engineering and Design or Bezalel Art Academy, and having them work across continents on solutions that are powered by diversity of thought, experience and culture,” said Zvi Grunwald, MD, James D. Wentzler Professor of Anesthesiology at Sidney Kimmel Medical College who will serve as Executive Director of the Jefferson Israel Center.

The Jefferson Israel Center will also expand programmatic research collaborative ties with more Israeli academic centers, encompassing all of its medical schools, as well as forefront Israeli biomedical innovation incubators, such as the Sheba Innovation Initiative. In parallel, the goal will be to scale-up joint ventures with Israeli companies, by leveraging Jefferson’s unique co-development business model and the substantial scale of its rapidly growing clinical care footprint and clinical trials consortium.

One area of particular interest to Jefferson is addressing the issue of health disparities in both the United States and Israel. By working closely with the Israel Innovation Authority (IIA), the Jefferson Israel Center could also open additional funding sources for Jefferson to explore this and other global initiatives.