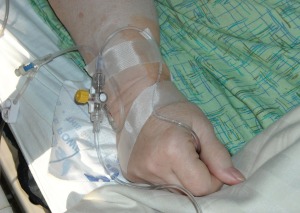 Acetaminophen (APAP) is a mainstay for pain management worldwide. The intravenous (IV) formulation has been widely used in Europe for more than 20 years in adults and children. In the United States, IV APAP obtained full approval from the Food and Drug Administration in 2010. There is emerging literature to suggest the use of IV APAP for pain reduction in the emergency department (ED). This evidence-based review examines the evidence pertaining to the use of IV APAP for acute pain control in the ED.

The MEDLINE and EMBASE databases were searched. Randomized controlled trials (RCTs) that described or evaluated the use of IV APAP for acute pain in the ED were included. Duplicate articles, unpublished reports, abstracts, review articles, and non­English literature were excluded. The primary outcome of interest in this review was the difference in pain score between IV APAP and active comparator or placebo from baseline to a cutoff time specified in the original trials. Secondary outcome measures were the incidence of adverse events and reduction in the amount of adjuvant analgesics consumed by patients who received IV APAP. Methodologic quality of the trials was assessed using the Grading of Recommendations Assessment, Development, and Evaluation criteria.

Fourteen RCTs with various methodologic flaws provided limited evidence to support the use of IV APAP as the primary analgesic for acute pain control in patients who present to the ED.

Personal comment: This sounds like a perfect study to be carried out across multiple ERs and urgent care centers in Israel.

Dr. Nahum Kovalski z"l, the author of our first posts and briefs, dedicated his life to melding a bridge between medicine and technology for the betterment of patient care. Dr Kovalski often found himself in situations where medical and technology teams were standing on either side of a chasm, unable to understand each other. Dr Kovalski endeavored to find ways to bring them together.  Read more...