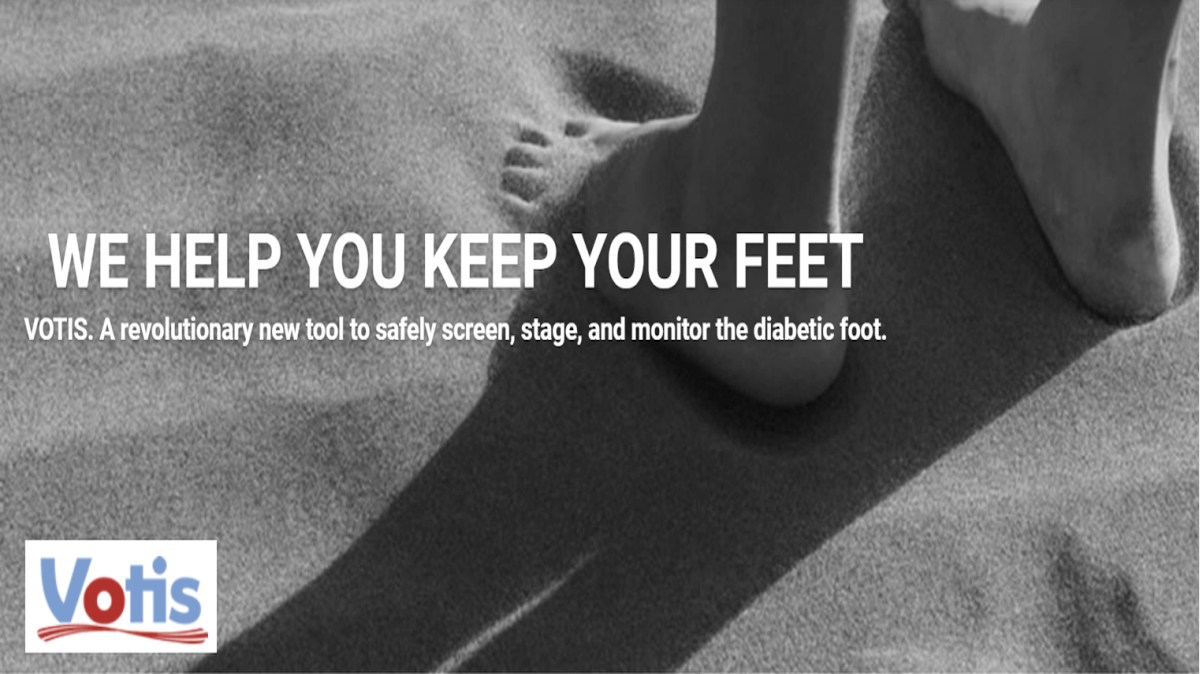 Jerusalem based VOTIS Subdermal Imaging Technologies, Ltd. has raised US$2.5 million in a private placement of equity to a consortium of investors in Israel, Italy, the UK, and the US. Proceeds are being used to complete development of the company’s suite of medical devices and prepare for registration of the devices for sale in the US, Europe, Israel, and India. VOTIS plans to release its devices commercially in the US, portions of Europe, and India in 2022.

The offering had been structured as a mini-maxi offering of between $800,000 and $2.1 million, but due to investor demand the size of the offering was increased to $2.5 million.

The company’s devices are designed to help people with peripheral artery disease, or PAD, to keep their feet. VOTIS‘s devices assess blood flow and oxygen levels within the foot. In this way they can identify PAD even before symptoms appear. This enables PAD patients to receive crucial treatment early, to benefit from a range of treatment options that would not be available if the disease is identified at a more advanced stage, and may delay or eliminate the need for debilitating amputation.

“We are gratified that our investors recognize the urgency of identifying and quantifying the disease,”

”PAD is a huge and growing problem around the world, and unfortunately there is no good way to identify it before symptoms appear.” said Merrill Weber, the Chief Executive Officer and President of the VOTIS.

More than 200 million people worldwide have PAD, including 21.3 million in the US alone. Currently, the average expenditure per PAD patient in the US is between $26,000 and nearly $84,000. According to a report by the Sage Group, in 2020 the annual economic burden of PAD in the US was between $283 and $539 billion. This figure exceeds the cost of diabetes ($237 billion), coronary artery disease ($202 billion), and all cancers combined ($88 billion). Moreover, African Americans have a higher incidence and prevalence of PAD than white Americans. The lifetime risk of PAD is approximately 30% in African Americans versus 19% in white Americans.

“We have seen the formation of a new PAD caucus in the US House of Representatives, and introduction of legislation to require the Medicare system to pay full reimbursement for screening for PAD in certain population groups,“

“Increased recognition of the problem can only help with early diagnosis and treatment.” said Weber.

Weber’s enthusiasm is echoed by Dr. Danielle Bajakian, professor of vascular surgery and the director of the critical limb ischemia program at the Columbia University Medical Center. ”When a patient may have critical limb ischemia (CLI), we really need to evaluate the patient. What I feel is the potential benefit of this device over many of the others being developed to serve this purpose is that this allows us to determine more than skin perfusion. We’re also able to go into the deep tissues of the foot and leg to determine what the circulation is there, and that’s really what I think its true value is.”

PAD is especially prevalent among people who have diabetes. Between 45-50% of the PAD population age 45 and older have diabetes, and approximately 45% of diabetics with PAD are undiagnosed. Comorbid diabetes increases disease severity and the risk of amputation, and is associated with higher costs.

A major difficulty in treating PAD is the failure to make an early diagnosis. According to the Sage Group, more than 60% of PAD cases in the US have asymptomatic or atypical disease, and about half of all PAD is believed to be undiagnosed. Most of the factors that increase costs are modifiable or preventable with earlier diagnosis and appropriate treatment.

In addition to its other projects, VOTIS is collaborating with a partner in India to develop a system to screen mainly rural Indians for PAD, using the same technology that VOTIS is developing for use in the United States and Europe. PAD afflicts 41 to 54 million Indians, many of whom are poor, illiterate and lack access to good health care. The VOTIS technology addresses the need for a convenient, accurate, and affordable system. In poor rural areas, it is important to maintain a foot. Preventive health care is especially difficult to implement. Since rural life is agricultural, if someone’s foot is amputated he is no longer capable of providing for himself.

VOTIS Subdermal Imaging Technologies, Ltd., a Jerusalem based startup started in 2017, was co-founded by Merill Weber and Prof Andreas Hielscher, from Colombia University. VOTIS Subdermal Imaging Technologies, Ltd. is developing a suite of devices to help people with PAD to keep their feet. The PedCheck™ will be used to screen the feet of asymptomatic patients for PAD. If PAD is found, then the PedStage™ will be used to stage and monitor disease progression and the impact of therapies applied by the patient’s physician. The PedFlo™ will be used during a revascularization procedure, in order to inform the practicing doctor regarding the level of blood flow in the foot. All three VOTIS devices are safe, non-invasive, and free of ionizing radiation.

More information is available at http://www.votis.net.

If you want your Company featured in our blogs , news releases, please contact: info@jlm-biocity.org