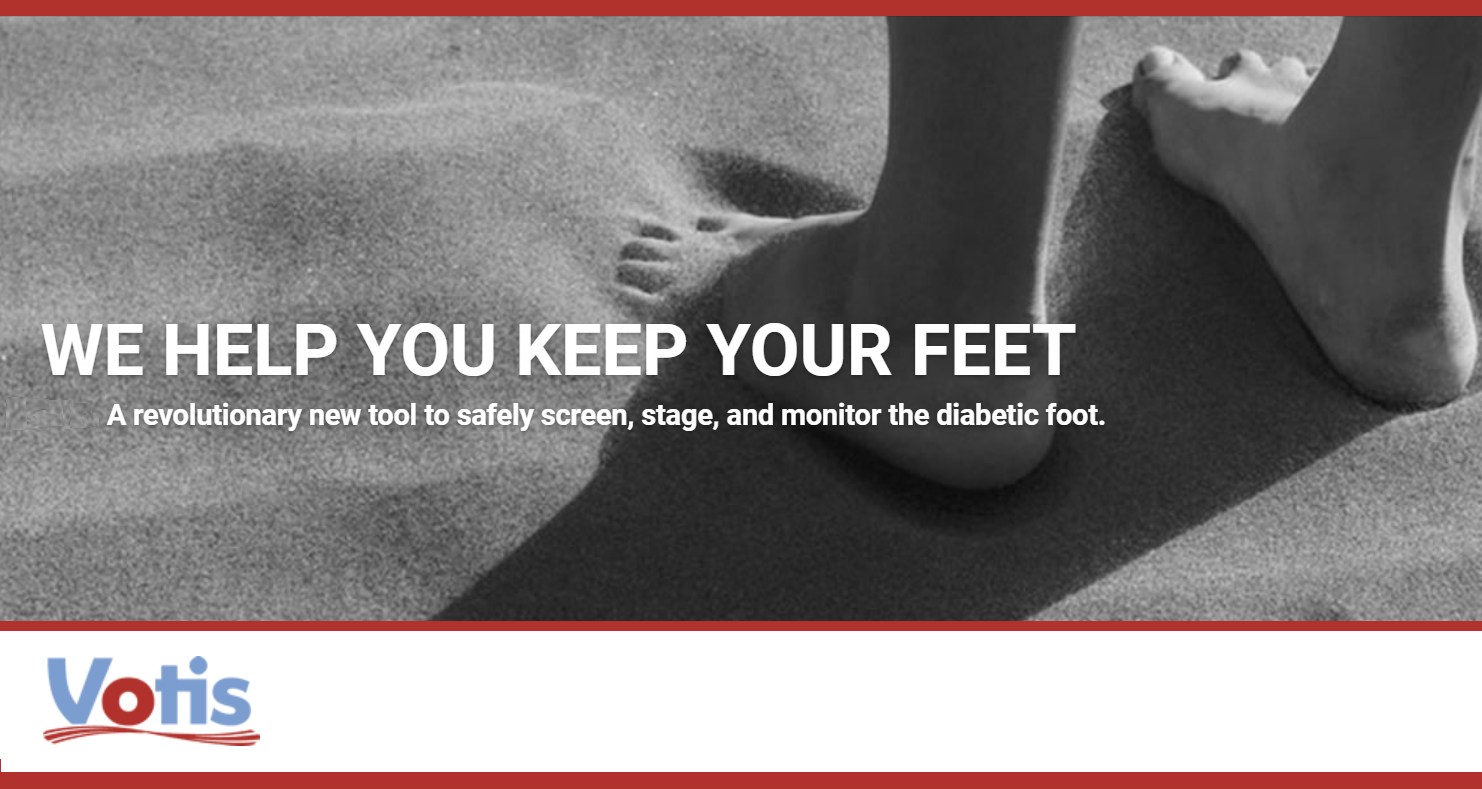 VOTIS Subdermal Imaging Technology (VOTIS) in Israel and ii Ventures Private Limited (iiV) in India will develop a system to screen mainly rural Indians for peripheral arterial disease (PAD). The system that enable early detection of PAD will utilize the same technology of the devices that VOTIS is developing for use in the United States and Europe. VOTIS plans to release the device commercially in 2022.

PAD afflicts 41 to 54 million Indians, many of whom are poor, illiterate and lack access to good health care. The VOTIS technology addresses the need for a convenient, accurate, and affordable system.

“In India, rural people have very limited access to health care,” Alfred Arambhan, Co-Founder and Mentor of iiV explained. “Preventive health care is especially difficult to implement. In poor rural areas, it is important to maintain a foot. Since rural life is agriculture, if someone’s foot is amputated he is no longer capable of providing for himself.”

Referring to India’s status as the Diabetic Capital of the world, Arambhan continued, “We plan to bring VOTIS systems to villages throughout India, and to create a robust and reliable platform for introducing and launching similar devices and solutions in the future. We are gratified that our plan has received encouragement and support from Governmental, private, and NGO sources in India.”
He added, “We see that VOTIS could be a game changer in the Preventive Health Care Space in India.”

“Our technology is especially suited for the Indian market,” said Merrill Weber, CEO and President of VOTIS. “Our devices are entirely non-invasive and do not use X-rays (Roentgen) or other ionising radiation. They are inexpensive and dependable. In India, the screening devices will enable easy, intuitive use. That will permit testing to be performed by technicians and nurses in the villages rather than medical doctors at hospitals or clinics. People found to have PAD will immediately be directed to specific locations where they can receive suitable medical treatment. With early disease identification and quick access to medical care, we expect incidence of PAD-related amputation to be reduced substantially.”

The VOTIS devices use vascular optical tomographic imaging, or VOTI, an imaging technology developed under the leadership of Prof. Andreas Hielscher, professor and chair of the newly-formed Department of Biomedical Engineering at the New York University Tandon School of Engineering. The technology was developed in Prof. Hielscher’s bio photonics and optical radiology laboratory, which he ran as professor of biomedical engineering, radiology and electrical engineering at the Fu Foundation School of Engineering and Applied Sciences at Columbia University.

VOTIS is developing a suite of devices that will be used to help diabetic patients keep their feet.    The first device, the PedCheck™, will be used to screen the feet of asymptomatic patients for PAD. If PAD is found, then the second device, the PedScan™, will be used to stage and monitor disease progression and the impact of therapies applied by the patient’s physician. The third device, the PedFlo™, will be used during a revascularisation procedure, to inform the practicing doctor regarding the level of blood flow in the foot. All three VOTIS devices use the same technology, software, and system architecture. As per the release, they are safe, non-invasive, and free of ionizing radiation.

VOTIS is at TRL (Technology Readiness Level) 6 with working prototypes of the devices having been tested successfully on 150 human subjects and has issued patents. VOTIS is developing beta prototypes now for demonstration in operational environments.

VOTIS Subdermal Imaging Technologies, a Jerusalem based startup started in 2017, was co-founded by Merill Weber and Prof Andreas Hielscher, from Colombia University. VOTIS is developing a system that enables doctors to assess the patency of the foot in people with peripheral artery disease. The device is intended for use during revascularization procedures to enable the doctor to understand the blood flow and oxygenation of the patient’s foot in real time.

The device is also designed for monitoring the condition of the patient’s foot during the weeks and months following the procedure, when necrotic tissue, deep wounds, infection, and ischemia can create deteriorated conditions in the foot that often require repeat revascularization procedures or amputation.

The VOTIS  system utilizes multifrequency photodiodes to direct near-infrared light into the foot.

By measuring the scattering and absorption of the light, VOTIS   calculates oxyhemoglobin, deoxyhemoglobin, and total oxygen saturation. The VOTIS system generates objective and reproducible data, and the device does not need to be adjusted during the procedure after being attached to the foot. As a result, it could be a useful component of a robotic-assisted surgical system performing minimally invasive surgery on the lower limbs.

More information is available at http://www.votis.net.

The company is currently looking for more investment to support regulatory work entering the US, European and Indian markets.

ii Ventures Private Limited was Co-Founded and Mentored by Alfred Arambhan, an early benefactor of Israel’s Indian Business & Cultural relationship for the past 18 years. He is a Mumbai-based Serial Entrepreneur. Mr. Arambhan founded iiV to bring Israeli knowledge, technology and experience to India in the space Health, Agriculture and Deep Technology. iiV was invited by a Singapore fund with US $ 50 million to collaborate on its Business Plan. Mr. Arambhan’s daughter, Pooja Armbhan, is CEO of iiV. She is an Israeli-Asian Fellow who received her MBA from Tel Aviv University with a full scholarship from the Umbrella Foundation.

News on the many life science and healthcare companies in the Jerusalem area can be seen at https://jlm-biocity.org/jlm-biocity-innovations/
JLM-BioCity is a non-profit organization focused on developing and excelling Jerusalem’s bio-community.
We invite you, researcher, professional, investor and executive to become part of our vision, in building Jerusalem’s Biomed eco-system.