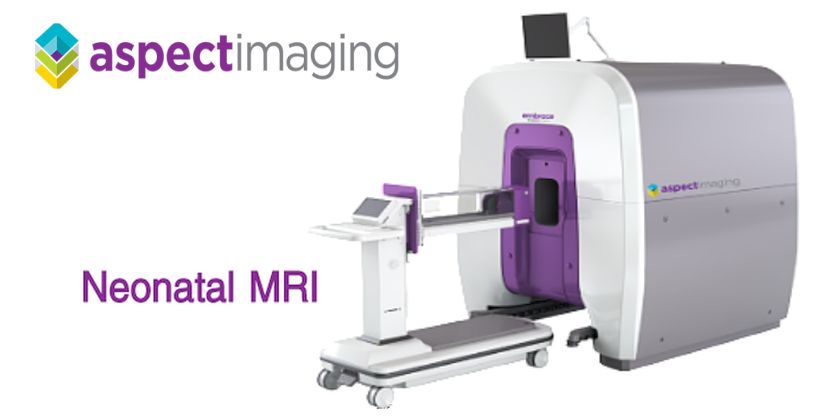 January 10, 2018 Aspect Imaging ‘s Embrace® dedicated Neonatal Magnetic Resonance Imaging (MRI) system has now received both the EC mark and FDA clearance. The Embrace® Neonatal MRI can now be used and sold in EU countries and in non-EU countries that rely on CE certification in addition to North America.

Aspect Imaging developed Embrace® Neonatal MRI System to be placed inside the NICU to reduce the time and risks involved with transporting infants to an external facility in which traditional MRI scanners are typically situated. It does not require a special safety zone or an RF-shielded room, therefore, the system can be placed inside the NICU. Since the system is fully enclosed, medical device implants in close proximity (outside the magnet bore), are not required to be ‘MR Conditional’ or ‘MR Safe’. Embrace® Neonatal MRI System enables safer imaging of infants (weighing from 1 Kg to 4.5 Kg) and provides easier access for medical staff during the scanning process. The system can prep and scan in less than an hour. Intubated infants can also be scanned without disconnecting and reconnecting the tubing from the infant, due to the unique design of Embrace®. Embrace® is acoustically quieter during scanning, compared to traditional whole-body scanners, and has a permanent magnet that is always active and thus requires no electrical, cryogenic or water cooling.

In early November 2017, an Israeli TV news crew was on hand at Jerusalem’s Shaare Zedek Medical Center’s neonatal intensive care unit as the parents of a premature baby stood next to the Embrace Neonatal MRI system in which the baby’s brain was being imaged.

At their side were nurses, doctors and Uri Rapoport, the inventor of Embrace®, the world’s first MRI machine especially for the NICU.

“It was the first time ever that parents and staff could stand around an MRI machine with no restrictions. I will never forget the hug the mother gave me,” says Rapoport, the founder, president and CEO of Israel’s Aspect Imaging. Aspect Imaging is based in Shoham.