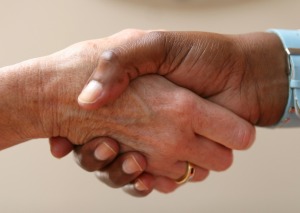 Ray Dalio founded and is co-CEO of the largest hedge fund firm in the world, Bridgewater Associates, with $152 billion under management. Since starting the firm in 1975, Dalio has returned more money to investors — $45 billion in gains — than any other manager in hedge fund history.

A few days before our interview, Ray Dalio’s team said Ray would like to talk. While I’m happy to meet before an interview, the Influencers usually don’t request a pre­brief. It wasn’t a problem; a typical pre-brief is short and glossy — a discussion of the topics and a review of logistics.

This call didn’t go quite so smoothly. Dalio and I had been talking for only a few minutes before he said “I don’t think you’re very well prepared”. In the finance world, Bridgewater is known for the remarkably unusual way it runs itself. The firm’s 1,500 employees have committed themselves to a doctrine of radical transparency and brutal honesty. Nearly every meeting large or small is taped and anyone relevant to the discussion is allowed to go back and watch the meeting. Confrontation and open debates are mandatory and hard-edged. James Comey, the head of the FBI who was formerly Bridgewater’s general counsel, said that getting “probed” — or questioned — at Bridgewater was harder than arguing in front of the Supreme Court or briefing the President.

While modern management thinking argues that it’s best to focus on building your strengths, Dalio preaches the opposite. Employees must write down their weaknesses and the weaknesses of others — and then be logical and unemotional as they get mercilessly critiqued by colleagues. “Identifying who made mistakes is essential to learning. It is also a test of whether a person will put improvement ahead of ego and whether he will fit into the culture”. It’s called simply Principles. “A common error is to say, ‘We didn’t handle this well,’ rather than, ‘Harry didn’t handle this well.’

Not surprisingly, 35% of new hires quit/are fired in their first 18 months. After success at Bridgewater, you can never work at another company because you can never operate somewhere where you can’t be completely honest. You are free, says Dalio, to stop pretending.

When I talked to Dalio on the phone that first time, Dalio wasn’t interested in a get-to-know-you. He also told me that a few of my general questions were terrible. The call was my first taste of Bridgewater total honesty. Dalio writes,“Embracing your failures is the first step toward genuine improvement; it’s why ‘confession’ precedes forgiveness in many societies”. Dalio believes that his principles are evolutionary — that we’d all be working like Bridgewater some day.

Didn’t a culture that accepted double-digit attrition mean that some of the best minds weren’t weighing in with investing ideas simply because they couldn’t make the cultural leap? Why weren’t other investment firms copying him, if his success was a result of the culture? But even more generally: In a workplace that demands conflict, how do you make room for introverts or people for whom English isn’t a first language? How do you accept grey areas, where there is no right answer? Is radical honesty from the start such a great thing when opinions & ideas often take time to form?

True to his beliefs, Dalio didn’t try to sidestep any of the questions. This video is 10 minutes of our nearly 40­minute talk.

Personal comment: I am a big believer in honesty and honor in the medical field. Unfortunately, there is a tremendous amount of self-delusion, inefficiency, failure to follow protocols, and plain dishonesty in medicine. But increasing conflict in the medical environment would, in my opinion, only worsen the situation. Doctors would be jumping down the throats of each other, and all criticism would be destructive rather than constructive. The focus should be on problem solving – not egos. More so, the way you treat your staff will spill over to how they treat the patients. And this business mind set would, IMHO, be very dangerous in health care. Still, I accept the principle that “Pain + Reflection = Progress”.

Dr. Nahum Kovalski z"l, the author of our first posts and briefs, dedicated his life to melding a bridge between medicine and technology for the betterment of patient care. Dr Kovalski often found himself in situations where medical and technology teams were standing on either side of a chasm, unable to understand each other. Dr Kovalski endeavored to find ways to bring them together.  Read more...